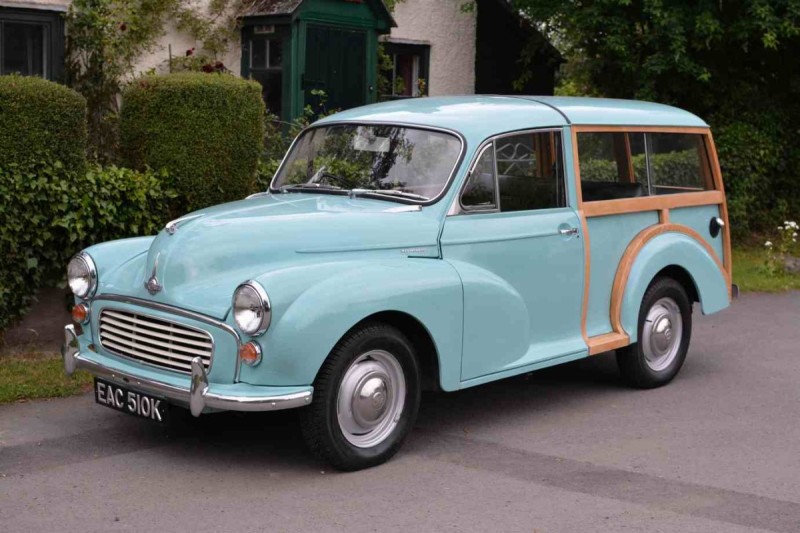 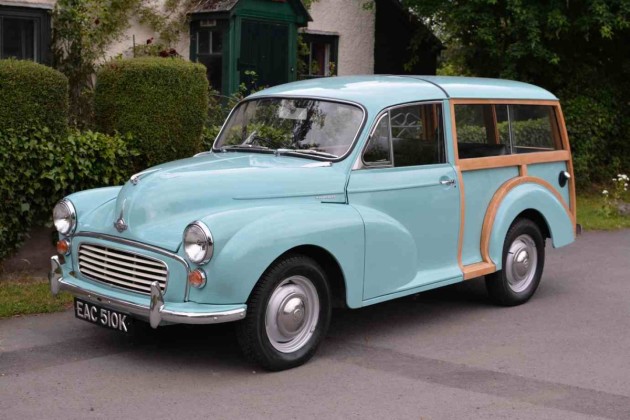 One of the best-loved Morris Minor variants, the Traveller estate was introduced in 1953.

Equipped with the same independent torsion bar front suspension, all round drum brakes and rack-and-pinion steering as its saloon sibling, it proved just as enjoyable to drive. With a generous load area thanks to the foldable rear seats, it is just as happy carrying hay bales or bicycles as it is children and wet dogs.

In 1962 the old 948cc engine was dropped in favour of a larger 1,098cc unit that produced a heady 48bhp and could propel the car to a top speed of 77mph – eventually. Other modifications included a new dashboard layout, a different heater and new front side/flasher lamps. From 1962 the 1000 range began a slow wind down to its inevitable demise in 1971. By 1969 production of the Morris 1000 Tourer had stopped, next went the Saloon in 1970 and finally the Traveller and the commercial variants.

First registered in October 1971, this stunning Traveller has been owned by the vendor since 2011. Purchased in the lovely condition it is today, work commenced in 2005 on a complete restoration according to the large file of invoices that accompany the car. These show that the engine was rebored, the crankshaft reground and new pistons and bearings fitted throughout. At the same time, the head was fitted with hardened valve inserts and new valves to cope with unleaded petrol and a new timing chain kit.

A new petrol tank and stainless steel exhaust was also added along with a complete new braking system and clutch. All mechanical and suspension components were cleaned and painted in the appropriate colours. The bodywork also received a lot of attention, with new floors, a chassis cross member and chassis repair sections being carefully welded in place. The body was built back up with a complete new wood kit, new rear wings and repair panels to the doors. Professionally painted in correct Morris Bermuda Blue, the interior was also retrimmed and a new headlining kit installed which completed the mammoth restoration in around 2007.

Since the restoration was completed, the Traveller has covered just 730 miles which has included one wedding, one ‘special wishes ride in a dream car’ and two trips to Shelsley Walsh. It is due to be sold with a fresh MOT, its current ticket expiring just a few days after the sale. On offer from a small private collection, this lovely concours contender is available at a fraction of its restoration cost.