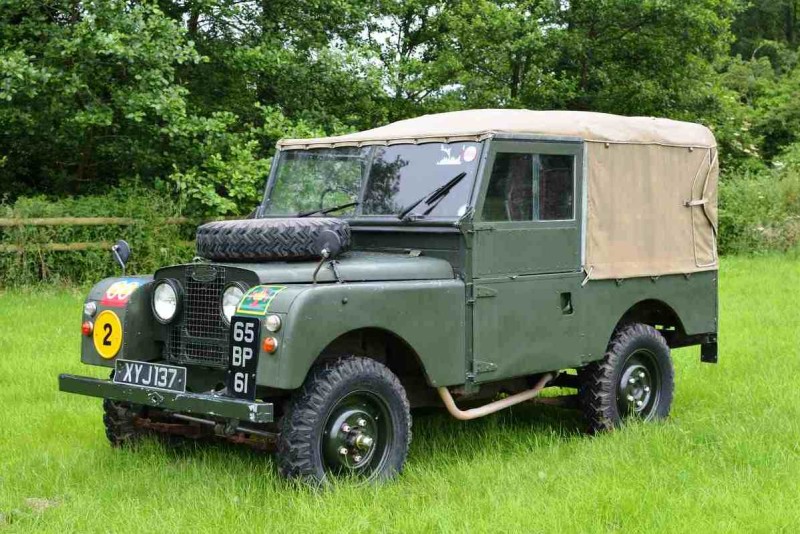 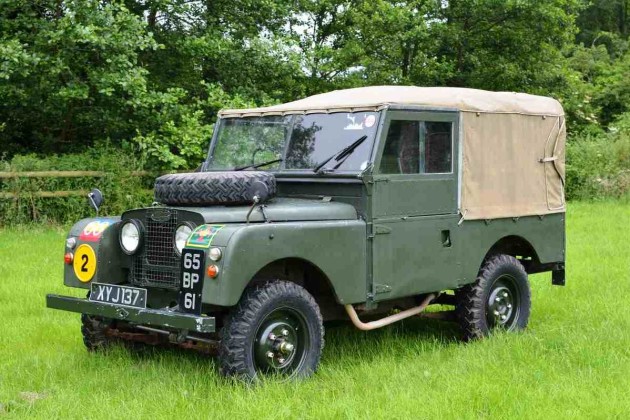 Land Rovers have now become such a common sight on Britain's roads that it is hard to imagine life without them. However, the world had somehow struggled along without these go-anywhere marvels until Maurice Wilks had a bright idea in 1947.

Taking a war surplus American Jeep as his inspiration, the Rover chief designer messed around with prototypes on his farm in Anglesey until he perfected the vehicle that was launched at the Amsterdam Motor Show in 1948. Then as now, a distinctive feature of the Land Rover was the bodywork, constructed of a lightweight alloy of aluminium and magnesium called Birmabright, then in plentiful war surplus supply, as was the green paint, the only colour available.

Purchased in significant numbers by the Government, and extensively used by all of the Services, they were regularly sold off at Government surplus auctions and snapped up for civilian use.

It was issued to the 3rd Vehicle Group Royal Army Ordnance Corps on February 11th and sent to 31st ‘B’ vehicle depot in Church Broughton in Derbyshire. As with most military vehicles, nothing is known of its subsequent military career.

It was sent to the disposal depot at Ruddington in August 1963 and was sold off at auction sometime over the following 12 months. Purchased in an un-roadworthy state in June 2003, it was recommissioned and fettled back into rude health retaining as much of the original army spec as possible.

It now wears the livery of 267 Field Regiment, Royal Artillery Light Aid Detachment of the Royal Electrical and Mechanical Engineers. This Territorial Army unit was based in Worcester in the early 1960’s and was part of the 48th (West Midlands) Division (TA). Still wearing its split rim wheels, non-reflective headlight bezels and painted galvanised cappings, it is ready to show.