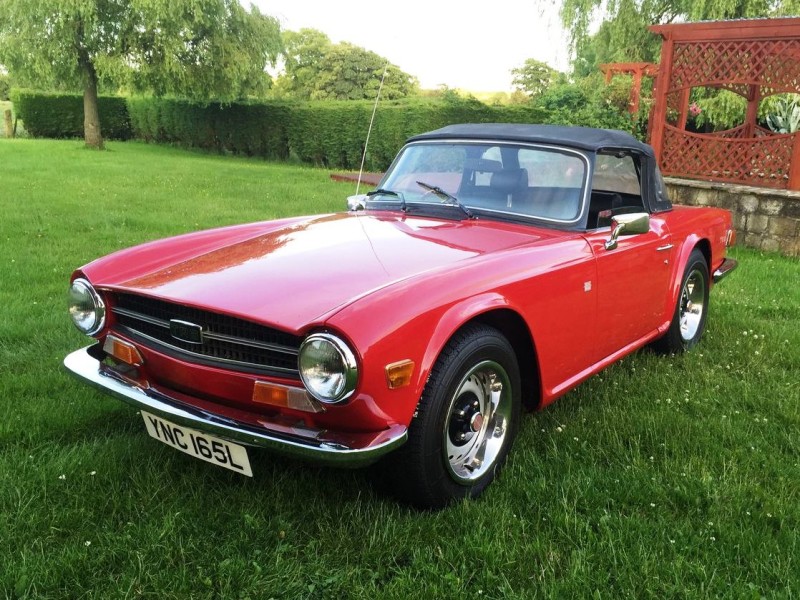 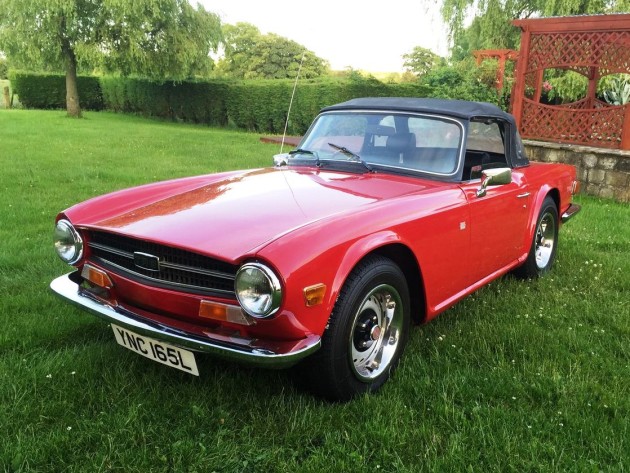 Launched in 1968, the TR6 used Karmann consultants to sharpen up the looks of the outgoing TR5, using the same centre section to keep down costs.

A big success, the new car was to be the best selling TR yet, with 94,619 finding customers before it was replaced by the controversial TR7 in 1975. Over 90% were exported leaving just 8,370 for the UK market. Widely regarded as the last of the proper TRs, it was one of the last cars on the market to use a traditional chassis with separate body unit.

Fitted with the 2.5-litre straight-six which produced 150bhp, the 1,130kg TR6 would reach 60mph in 8.5 seconds and top 120mph. Cars destined for the US had carburettors, however UK models had the Lucas fuel injection system and they all came with a 4-speed gearbox with overdrive.

Towards the end of 1972 Triumph updated the range, introducing the CR prefix chassis number models. They got some minor cosmetic changes and detuned engines, the output dropping to 125bhp. Although still delivering a sharp performance, the immediacy and excitement of the earlier full-power cars got rather diluted. They were still plenty fast enough, long legged, sounded fabulous and had a lovely wooden dashboard, making a TR6 of any variety one of the most appealing traditional British sportscars.

This 1973 model has been owned by the vendor for the last nine years during which time it has covered some 6,000 miles, the odometer currently showing some 83,000 miles. Comprehensively restored in 1998, the car was also given a quality respray in 2014 when the bumpers were rechromed and the seats rebuilt. It has also been fitted with a mohair hood.

A desirable overdrive gearbox model, the engine was rebuilt at 54,000 miles at which time it was converted to run on unleaded petrol. This nicely presented TR6 is due to be driven 150 miles to the sale and will carry a full 12 months MOT. On offer here at no reserve, it will be sold to the highest bidder.