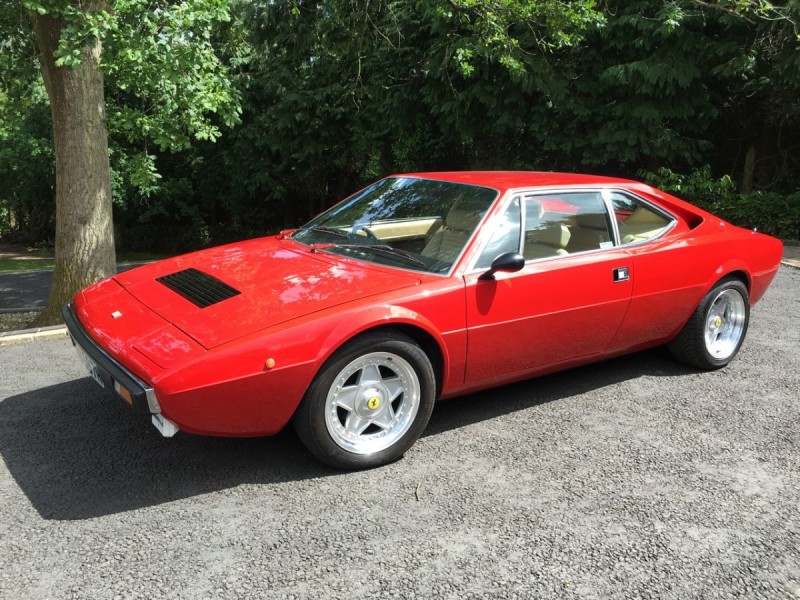 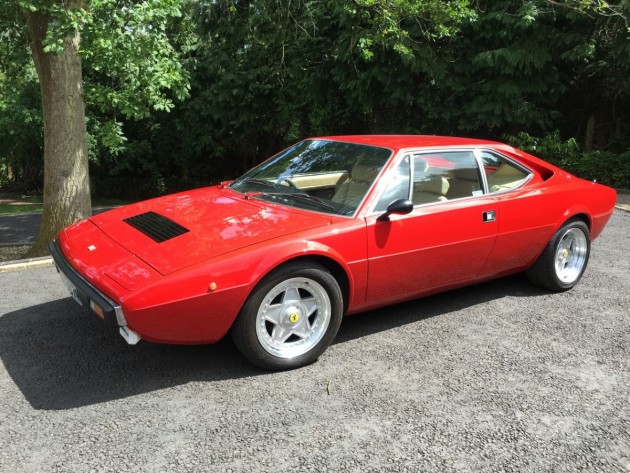 Introduced at the Paris Motor Show in November 1973, the 308 GT4 Dino broke new ground for Ferrari in several ways.

The angular 2+2 styling got mixed reactions at the time, with some journalists saying it owed more to the Bertone-designed Lancia Stratos and Lamborghini Urraco than to a traditional Ferrari, but it is now widely considered to be a classic in its own right. Badged as a Dino to begin with, it finally got the famous Prancing Horse badge in 1976.

The chassis was based on the Dino 246 but slightly stretched to make room for a second row of seats. Power came from a 3-litre V8 integrally joined with the gearbox and featuring a dual overhead camshaft with quad Weber 40 DCNF carburettors to produce a healthy 250bhp. Performance was suitably brisk with 60 coming up in 6.4 seconds on the way to a top speed of 155mph.

With a low centre of gravity, a stiff frame and double wishbone suspension all round, the handling was well up to the job and was widely praised. Just 2,826 GT4s were made before it gave way to the Mondial 8 in 1980.

One of only 547 right-hand drive cars supplied to the UK market, this 308 was supplied new by Altwood Garage of Maidenhead to first owner SJ Kulukundis of London EC3 on 27th September 1974. Finished in classic Rosso Corsa red with a Crema leather interior and red seatbelts, it has covered some 66,000 miles to date and comes with a good history file from new.

It has seven stamps in the original service book, the first six by Maranello up to 24,984 miles in April 1980 plus one more undated service at 31,000 miles. There are many bills for subsequent parts and maintenance including a service at Huxford of Fareham in September 1980 at 31,260 miles and a new clutch the following month at around 32,000 miles.

In 1992 the car was treated to a bare metal repaint by Ferrari specialists Rosneath Engineering of Hartfield, East Sussex, and we are told that they also rebuilt the engine at the same time at a cost of some £5,000 although the bill for this could not readily be located at the time of cataloguing. In 2013 the car received another major service at Barr Tech Specialist Cars of Cambridge when a new clutch was also fitted and the cambelts changed at a cost of £2,573 (invoice on file), since when it has been little used.

The car rides on Compomotive alloy wheels but still has the original Campagnalo space saver. Said to be in very good order throughout, it is due to have a fresh MOT in time for the sale, the last having expired in November 2015 with no advisories recorded.

Long undervalued, these wonderful and surprisingly practical Ferraris are only just beginning to get the respect they so clearly deserve. This smart example could yet prove a shrewd investment at the guide price suggested today.