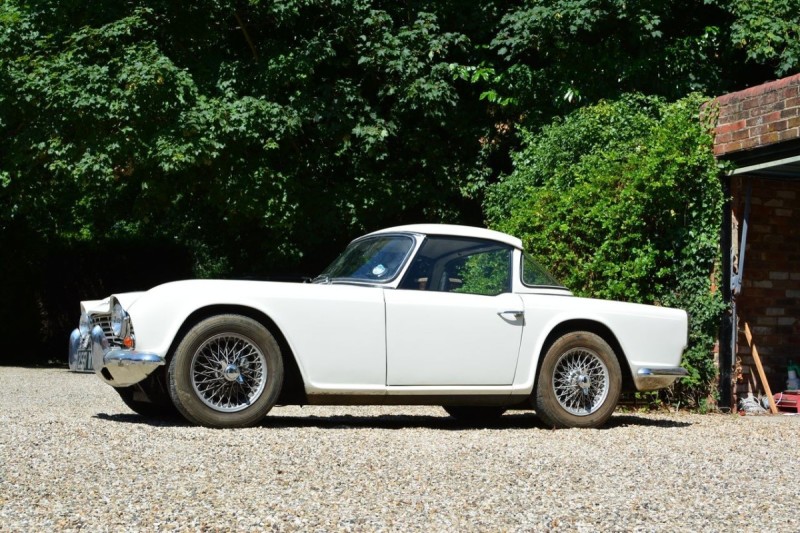 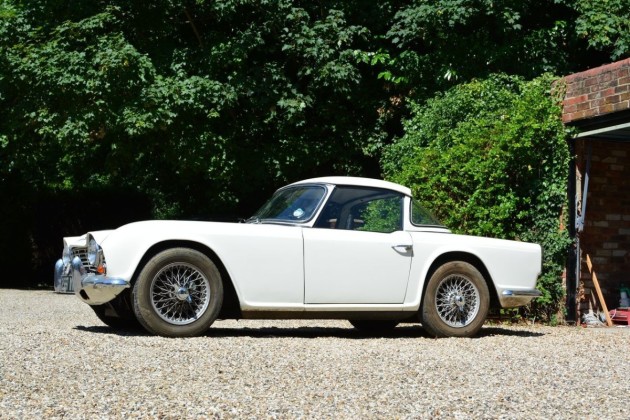 By the late 1950s Triumph’s bulbous TR3 was looking fairly antiquated and they hired Giovanni Michelotti to bring it up to date with some crisp new styling more in tune with the youthful exuberance of the Swinging Sixties.

Entering production in 1961, the new TR4 was a wonderful mix of British brawn and Italian style, the sharp new body doing away with the cutaway doors of the previous TRs to allow for wind-down windows in place of old-fashioned side-screens while the rear styling allowed a boot with considerable capacity for a sports car. It also handled better thanks to a wider track front and rear and precise rack-and-pinion steering.

The torquey four-cylinder, twin-carb TR3 engine was enlarged to 2,138cc and mated to an all-synchro four-speed ‘box that could launch the car to 60mph in 10.9 seconds on its way to a top speed of 110mph. Optional Laycock de Normanville electricallly operated overdrive could now be selected for 2nd and 3rd gear as well as 4th, effectively providing the TR4 with a seven-speed close-ratio gearbox.

The TR4 proved very successful and continued the hairy-chested image that the previous TRs had enjoyed. It became a celebrated rally car in Europe and the UK, the Americans also adapting it for track use, even winning an SCCA class championship as late as 1991. In Australia the TR4 was a common sight at hill-climbs, club rallies and circuit racing events. Very strong mechanically, it was ideal for tuning and some cars were fitted with vane-type superchargers and could produce in excess of 200bhp at the flywheel.

In 1965, the TR4A with independent rear suspension superseded the TR4 but a live rear axle remained an option as it was preferred by racers for its more predictable on-the-limit handling. Some 40,250 TR4s were sold in all, the vast majority to the American market.

As the accompanying Heritage Certificate confirms, this particular TR4 is a right-hand drive export model that was built in May 1962 and was finished in Spa White with a black Vynide interior, a black hood and 48-spoke wire wheels. In July it was despatched to first owner Mr A Willcox of Aden with the Coventry-issued registration number 2551 WK which it retains to this day.

It then had four further owners before being acquired by the vendor in 2003. During his 13-year ownership the car has been kept garaged and used only very sparingly in fine weather only. Equipped with the desirable options of overdrive and a Surrey top, it also has a hood, frame and tonneau cover plus a stainless steel exhaust.

A large history file back to 1990 shows periodic maintenance, the most recent expenditure being a full brake system overhaul just a handful of miles ago. A new clutch kit and a reconditioned axle were also fitted in 1997 when the clock was showing around 26,500 miles, since when it has only covered some 2,400 miles.

Said to be in good running order with an MOT until July 2017, it is only for sale due to a recent house move and subsequent loss of storage. Offered here at no reserve it now needs an enthusiastic new owner who can give it the more regular exercise it deserves.