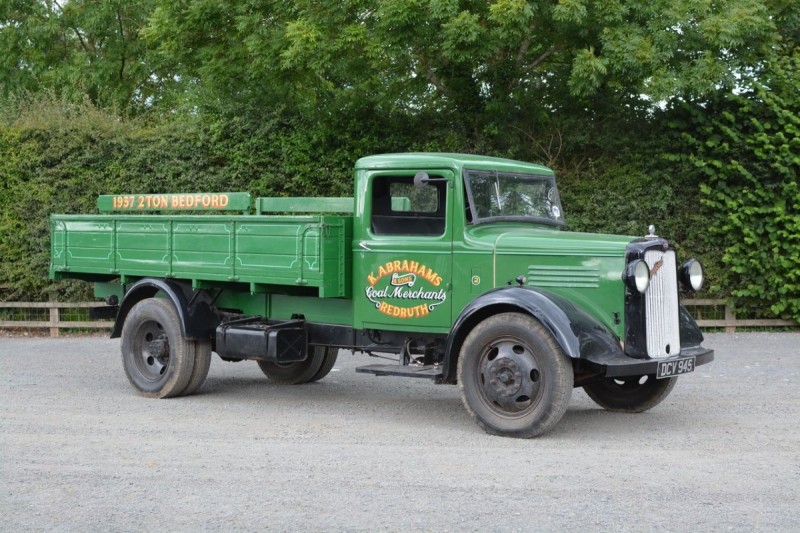 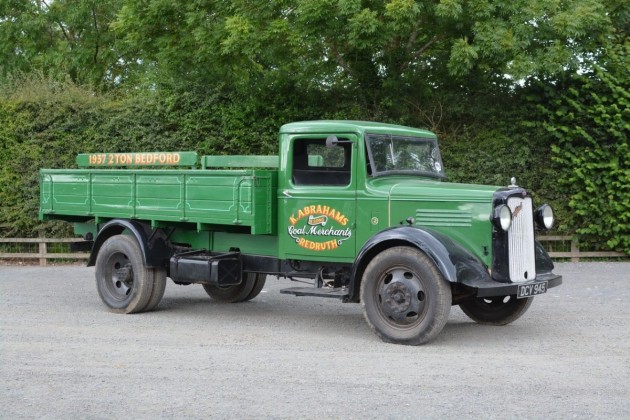 Up until 1925, General Motors had sold their trucks under the British Chevrolet brand, importing vehicles assembled in Brazil from parts supplied from their Canadian factories.

Following the purchase of Vauxhall in 1925, GM planned to move production to Luton, launching the Chevrolet Bedford in April 1930, named after the county in which it was produced. By April 1931, this had been shortened to just Bedford.

A year later, the excellent 30 cwt Bedford WS was in production, a rugged Chevrolet based two-tonner using the indestructible six-cylinder Chevrolet ‘stove-bolt six’ petrol engine. Smooth and powerful, it won many friends and was to be their mainstay until 1939 when it was replaced by the largely similar ‘O’ type which acquitted itself so well during World War II.

This useful WS 30-cwt flatbed truck was first registered in September 1937 according to the V5 on file and spent much of its life with K Abrahams & Sons, coal merchants in Redruth, Cornwall. Acquired by the vendor in 2004 to join the Par Moor Collection near St Austell, it has only seen occasional use since and will require a light recommissioning before turning up for work once more.

In very presentable condition, it is on offer at no reserve so the highest bid on the day buys this impressive and attractive pre-war commercial.