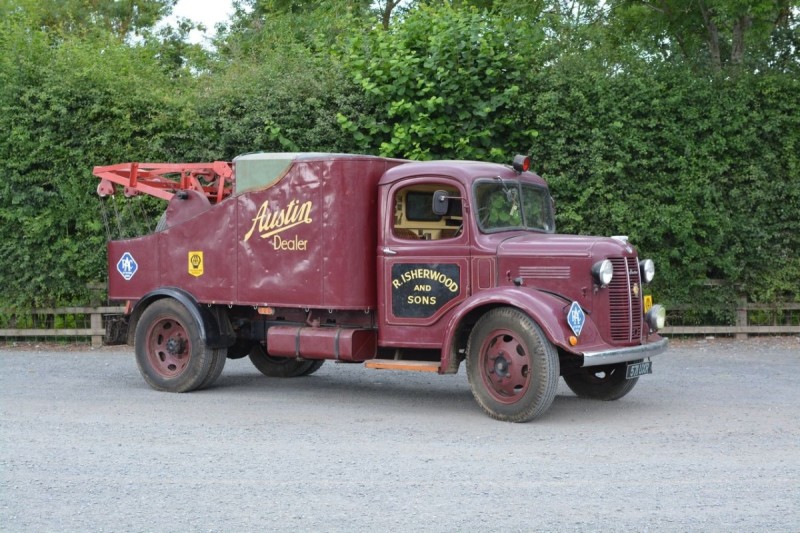 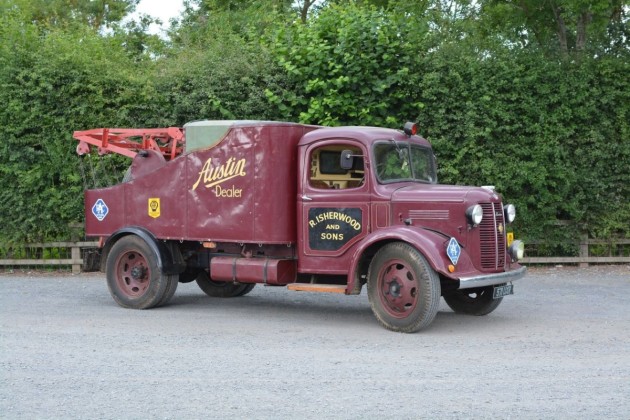 By early 1939, even though the Government were not yet fully convinced that war was inevitable, the various departments within Whitehall were preparing for the worst and were busy putting British industry on a war footing.

One of the tasks handed to Austin was the supply of trucks in the two to five ton range, a series which was quickly put into production as the ‘K’ range, a number following the ‘K’ denoting the carrying capacity in tons. All used a sturdy six-cylinder 60bhp 3,462cc petrol engine mated to a basic four-speed gearbox. Wheelbase dimension and spring rates varied, but they were pretty much the same vehicle with good hydraulic brakes. As the cab looked very similar to the pre-war Bedford, the K series Austin soon become known as the “Birmingham Bedford”.

According to the V5, this K2 two-tonner was first registered in 1937 which is a slight mystery as production had yet to commence by this time. This anomaly aside, it is a well known vehicle on the show circuit having been owned by the Isherwood family of Liverpool (when it was registered DPW 390) from whom the current owner acquired the vehicle in 2006.

It is not clear whether it started life as a tow-truck, although most probably not as so many ex-military vehicles were converted to civilian duties after the war. The conversion has been well done, with a substantial jib attached to the rear and a small passenger compartment located just behind the cab. Although not the easiest place to access, it provides a useful space which could be converted to overnight accommodation for the slightly shorter owner if they so desired!

Forming part of the Par Moor Collection from St Austell, it is reported as running and driving although the brakes are currently not working and it will require a general recommissioning and thorough service before use. Offered at no reserve, this attractive K2 would make a useful promotional vehicle, show truck or simply be a great way to go the pub with your mates.