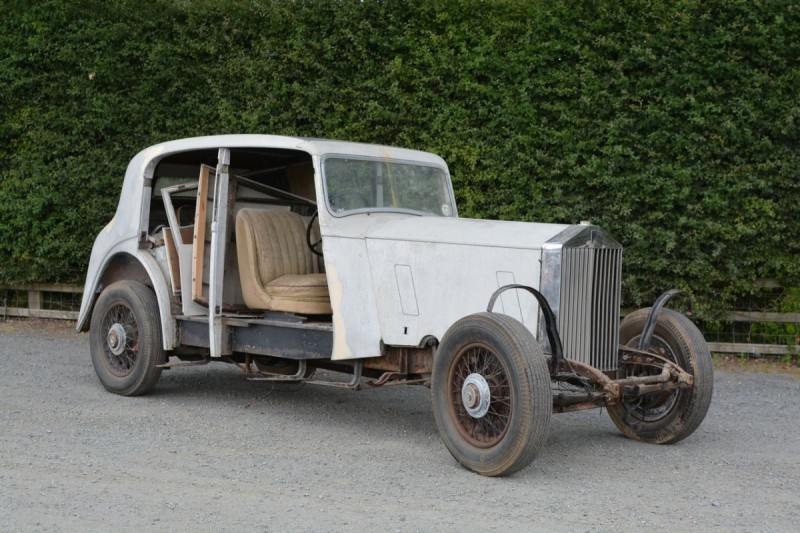 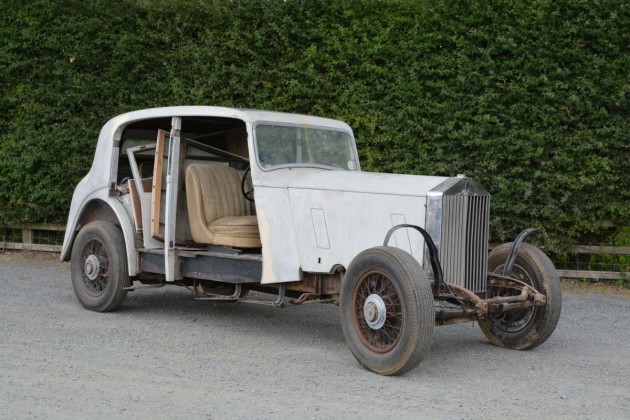 Among his many obsessions, Henry Royce had a real concern about the ever-increasing weight of the coachwork that customers chose to fit onto his beautifully engineered chassis.

The policy of selling ‘chassis only’ cars meant that the firm had little control over the bodies fitted to them, leaving the choice of coachbuilder up to an increasingly affluent (and ostentatious) client base. It was a constant battle to keep up with the soaring weight of ever-more opulent body styles, a problem only solved through engineering more powerful engines and revised gear ratios.

The delightful and delicate Rolls-Royce Twenty was succeeded in 1929 by the altogether more robust 20/25 for this very reason. Sharing many components with the similarly-sized Bentley 3 1/2-litre, it too was further upgraded in 1936 when the bore of the engine was increased to 3 1/2-inches giving 4,257cc and being renamed the 25/30. Introduced in the same year as the hugely complex V12 Phantom III and built to the same exacting standards, the company certainly had its hands full.

The new 25/30 was fitted with synchromesh on third and top and powerful mechanical servo brakes produced under license from Hispano-Suiza. Contemporary road tests commented on the exquisite precision of all the controls, the entire absence of mechanical noise and the uncanny smoothness of the ride - one saying that the car behaved so beautifully that it was difficult to drive badly.

The original owner of this 1937 25/30 chose Hooper to supply the coachwork. Sadly most of its history remains a mystery, the car surfacing when The Real Car Company discovered it, offering it for sale in 1998. We are led to believe that it was imported from the US in 1996 at which point it was painted blue and grey and in running order.

It was acquired by the vendor who had plans to open a motor museum near St Austell in Cornwall. Joining the Par Moor Collection, it was used locally, although after a while started to look a bit tired around the edges. The vendor enlisted a local firm to strip the car, a job which they did, replacing various areas of ash frame in the process. Sadly that is about as far as they got, the car eventually returning back to the vendor in the dismantled state that you see here, missing a good few items along the way.

The main parts that are obviously missing are the wings and headlights, although some of the trim, the dashboard and some small detail items will no doubt need to be sought out by its new owner while completing its very worthwhile restoration. The vendor advises us that all hope of finding the missing items is now lost, a crying shame given that it was a complete car not so many years ago.

The paperwork for the car has also been misplaced, although the good news is that its number JA 9191 is still recognised on the DVLA computer so its new owner should be able to apply for a V5C in the usual way. On offer at no reserve, this interesting project needs someone with the time and resources to finish the job properly, this elegant and sporting Hooper bodied 25/30 offering lots of potential to become the fine car it once was.