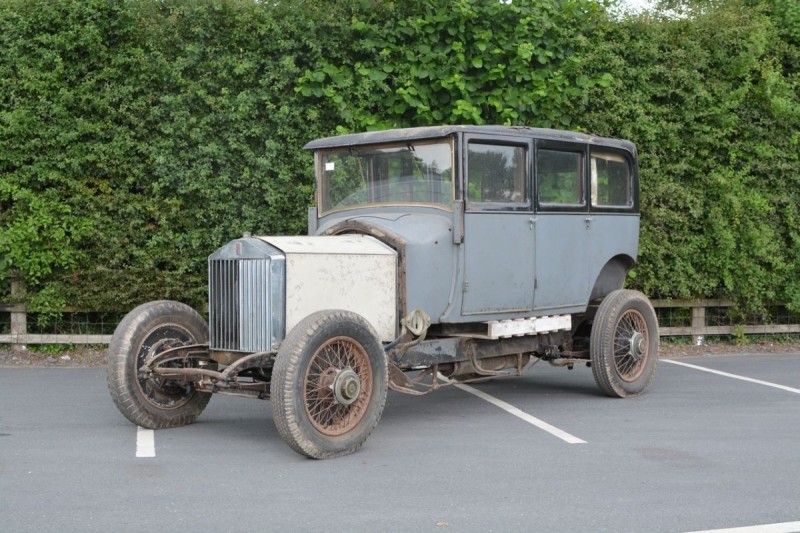 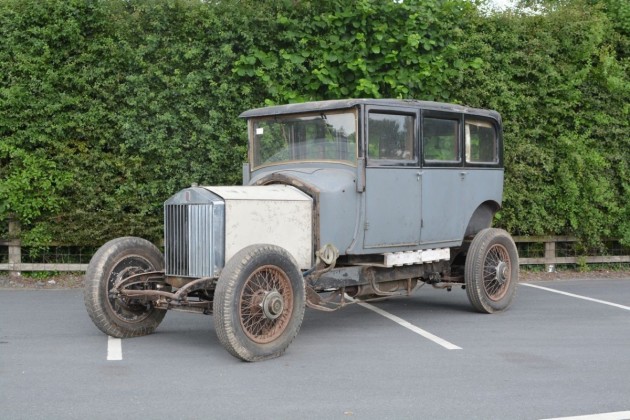 Lot number
101
Sale Price
£4,400
Make & Model
Rolls-Royce 20hp Saloon
Registration
YT 9591
Year
1927
Colour
Engine Size
3,103 cc
Chassis No.
GRJ 17
Engine No.
U7G
Documents
There is no paperwork with this vehicle although the registration number is recognised by the DVLA

The modestly proportioned Rolls-Royce Twenty came as a bit of a shock when it was introduced in 1922, the company having built its reputation with the sublime 40/50 Silver Ghost which was referred to as ‘the best car in the world’ with some justification.

However it soon became apparent that the new car was built to the same exacting standards, and offered levels of comfort and silence not far short of its much bigger brother. Furthermore, society had changed considerably after the First War and Rolls-Royce felt they needed to cater for the increasingly important owner-driver market, owners who appreciated the quality of Rolls-Royce engineering but did not want a car as large and ostentatious as a Ghost and who may also have had to dispense with the services of their chauffeur!

An all-new 3.1-litre in-line six-cylinder overhead valve engine was designed for the car, the cylinders being cast in one block with a detachable cylinder head. Both coil and magneto ignition were fitted. Early cars had three-speed gearboxes with the change lever in the centre, but in 1925 this was replaced by a four-speed unit with traditional right-hand change.

The substantial chassis had rigid front and rear axles suspended by half elliptic springs, with braking initially only on the rear wheels. Four-wheel brakes with mechanical servo were introduced in 1925 and a rolling chassis cost £1,100 to which the owner would fit a body of his choice from one of the many noted coachbuilders of the day.

This 1927 chassis has worn several bodies in its time. It is thought to have started with a Southern Tourer body, later changed to a Hooper Cabriolet. By the time it was offered through The Real Car Company in 2001, any trace of coachwork had disappeared, YT 9591 being offered for sale as a rolling chassis.

It was bought by the vendor as a restoration project and joined the Par Moor Collection, a large number of vehicles assembled to form a museum near St Austell. At some time, he managed to source a rather fine saloon body from another car, which despite its lack of coachmaker’s plate, is thought to have been made by Park Ward - although we leave you to make your own mind up as to its true origins. The project got no further and the vendor has decided to reduce the collection due to ill health and advancing years.

The late model chassis looks remarkably complete and has the desirable four-wheel brakes and four-speed gearbox with right-hand change. The body also appears in sound condition, although is currently separated from the chassis. It retains a particularly lovely leather interior, although that too will require sympathetic restoration. There don’t appear to be any wings, lights or dashboard with this car and although there is no paperwork on file, the registration number YT 9591 is still recognised on the DVLA system. Its new owner should therefore be able to obtain a replacement V5C in the usual way.

This exciting project will keep its new owner busy for a while, offering as it does loads of potential to either restore as intended, or rebuild with a new body of the owner’s choosing. On offer at no reserve, it will be sold to the highest bidder on the day.