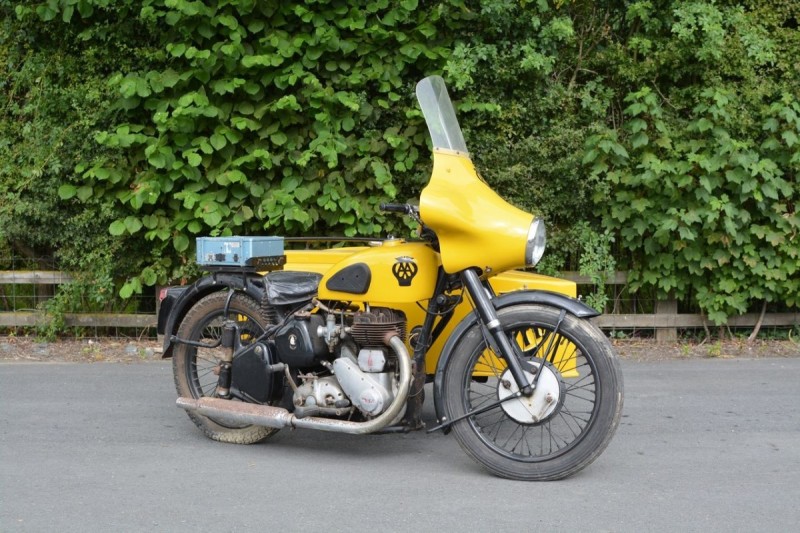 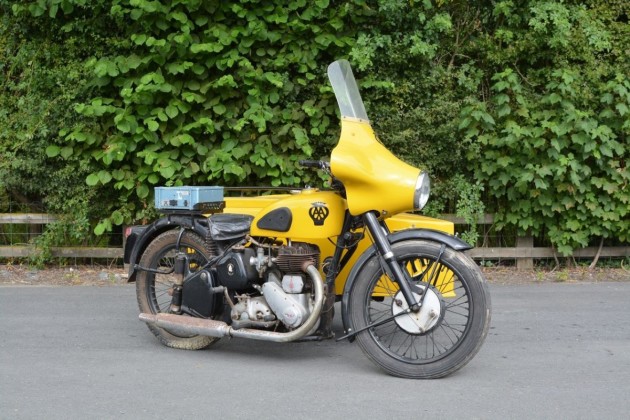 Introduced in 1937, BSA’s M series of machines were the workhorses of the range intended for the sidecar market.

The side-valve 500cc M20 and the bigger 600cc M21 (as here) fulfilled this role admirably, being one of the motorcycles chosen for war time use and later on proving to be the equivalent of today’s white van. Production of the M20 stopped after 1955 but the M21 was on sale to the public until the end of 1958, remaining available to AA patrols right up until 1963 when they opted for Minivans instead. The distinctive yellow livery stood out from the subdued blue of the RAC and quite apart from its role as a knight in shining armour, it was a great advert for the AA, being a common and reassuring sight on the roads of '50s and '60s Britain.

First registered in March 1959, this M21 comes resplendent in full AA livery, its lusty 600cc side valve engine able to propel rider and toolkit to the aid of the stricken motorist, 24-hours-a-day. Its number WLN 228 is still recognised by the DVLA, although the V5 has got lost in the mists of time and so its new owner will need to apply for a replacement in the usual way. It last changed hands in 1993, and is understood to have been acquired by the Par Moor Collection near St Austell around that time.

Unused for some years, it will require recommissioning, although this shouldn’t be too difficult given the rugged nature and simplicity of the machine. Once back on the road, this striking yellow machine offers all sorts of possibilities, not only as a great promotional tool but also the chance to get you into period drama in the TV or film worlds, perhaps. It will certainly get the new owner noticed although they might do well to brush up on their saluting and spannering skills for that inevitable day when someone flags them down…