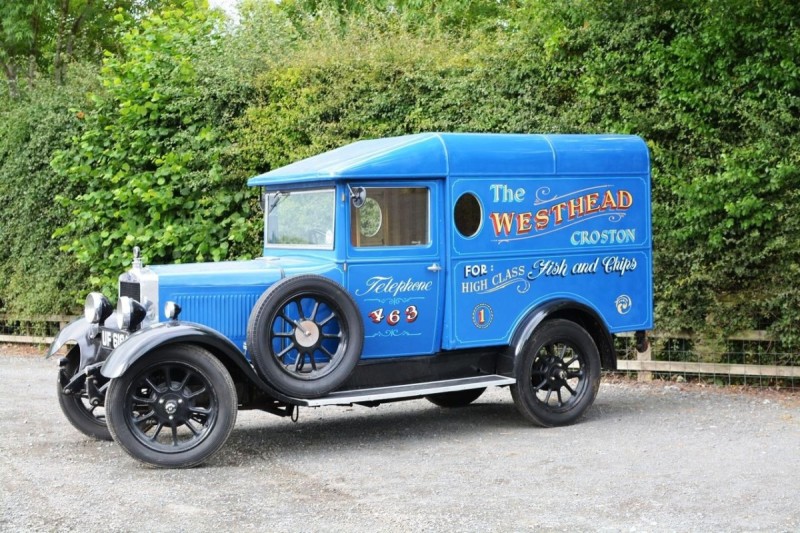 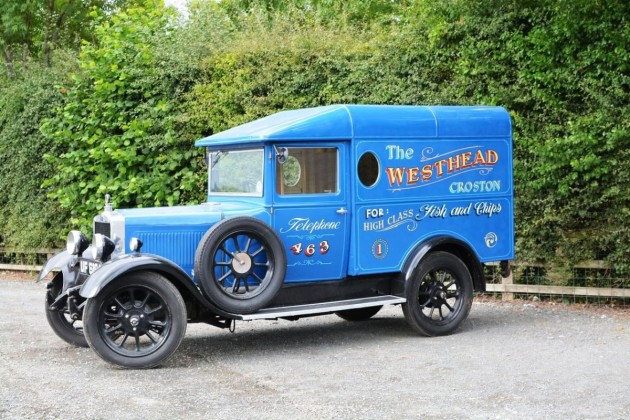 Morris Commercial’s roots can be traced back to Soho, Birmingham, when William Morris purchased a large axle manufacturing company, EG Wrigley & Sons, from the receiver on 1st January 1924.

Morris used the factory as a production facility to manufacture his new Morris Commercial range of trucks and light vans, outgrowing the central Birmingham location within eight years. A move to Adderley Park on the other side of town in 1932 enabled Morris Commercial to become a world-wide name, with a range of specialist products being offered including ambulances, taxis and buses.

One of their most popular vehicles in the late 1920s was the ‘Bullnose’ Morris-based light van. Sharing most of its chassis components with the passenger car on which it was based, it carried a commodious 78 cu ft straight-sided van body and was powered by the reliable 1,548cc 11.9hp engine from the Morris Cowley. This 10cwt model is often referred to as the ‘snub-nosed’ Morris, a reference to its distinctive radiator shape. By 1930, when this one left the Soho works, Morris had standardised the ‘flatnose’ radiator style across its product range, the Morris Light Van being further upgraded with the more powerful 1,802cc engine from the Oxford in 1931 which was rated at 13.9hp.

This delightful 1930 example was acquired in 2004 by the Par Moor Collection based near St Austell. The vendor intended to open a museum, purchasing a large number of vehicles and erecting a purpose-built building in which to put them. Sadly, ill health and advancing years has meant that the project has been shelved and the collection put up for sale.

In nicely restored condition when it joined the collection, this Vintage van has been regularly used over the years and has always been a firm favourite with the vendor. It had been sign-written to promote Westhead Fish and Chips in Croston, Lancashire, when purchased and offers plenty of scope for further promotional duties, film work or simply as a fine example of a modestly proportioned pre-war commercial to show and enjoy.

The document file holds a V5 registration document and eight old MOTs. We are advised that it has been used relatively recently, although the vendor recommends a careful check-over before taking it on the road once more.

These attractive Morris Light Vans are particularly easy to live with, being supported by a large network of specialist suppliers thanks to their chassis components being shared with one of the most popular cars of the ‘20s and ‘30s. On offer at no reserve, the highest bid takes it home.