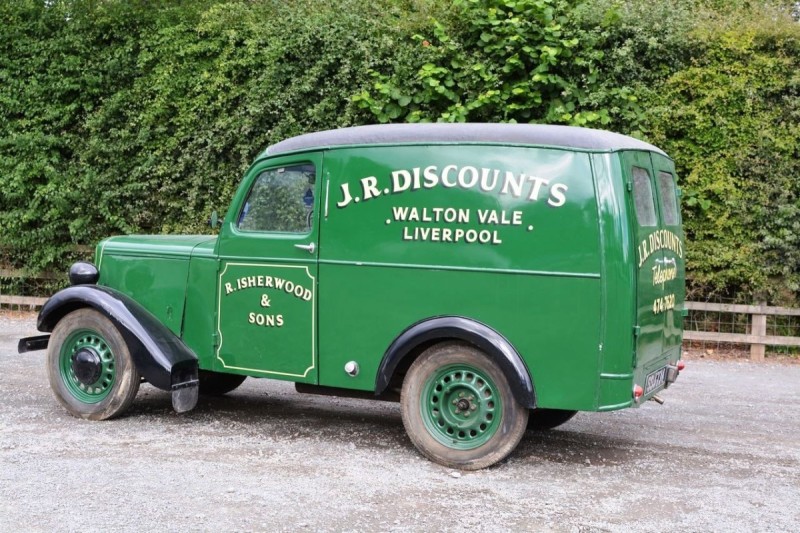 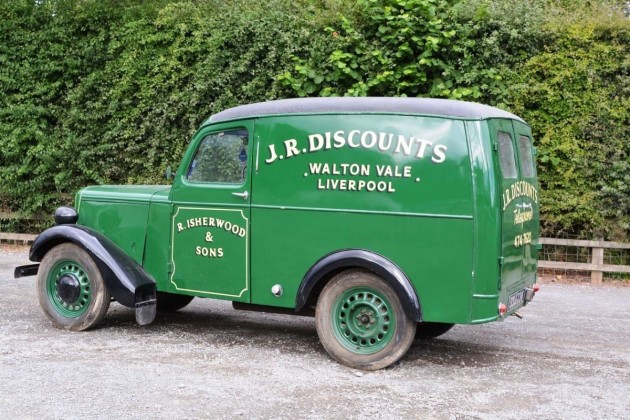 The quirky twin-cylinder Jowett Bradford was a British light van that was produced from 1946 to 1953 by Jowett Cars Ltd of Idle, near Bradford.

It was one of the most popular light commercial vehicles of the post-war period and similar in size to those made by Ford and Morris. Based on the pre-war Jowett Eight, the 10cwt van was the first Jowett to be re-introduced after the Second World War. In spite of being very basic, the Bradford appealed to the unfussy post-war market mainly because it was available, although its strength, economy and reliability won it many friends too. The Bradford was also manufactured as a light lorry and as an estate car, the Utility, although in reality this was only a van with side-windows and rear seats.

The Bradford chassis was entirely conventional and the vehicle was powered by a 1,007cc front-mounted side valve flat-twin engine delivering 19bhp (the origins of which dated back to 1906). The rear wheels were driven through a three-speed non-synchromesh gearbox. In 1950 the engine was updated to give 25bhp and synchromesh was fitted to the top ratio. This improved the top speed to 53mph. A De-Luxe specification was also available which consisted of trafficators, dual windscreen wipers, running boards, a rear bumper and some chromium plating, adding £38 to the total cost.

It remained in production until 1953 and during the relatively short seven year production run, 38,241 examples were made. Sadly, after years of lying empty, the Jowett works in Bradford were demolished in 1983 and a Morrison’s supermarket built on the site.

This 1952 CC-Series Bradford was purchased by the vendor to join the Par Moor Collection in 2006. He had assembled a considerable collection of vehicles and erected a purpose-built building as a museum, but sadly ill health and advancing years meant that the doors never officially opened and what remains of the collection is included in the sale today.

In running order when acquired, it had previously been part of the Isherwood Collection in Liverpool where it had spent the previous six years, although sadly nothing is known of its earlier life. Apart from a V5, there is no other documentation on file. Offered here at no reserve, the highest bidder gets to take this charismatic little van home which will require some recommissioning before use having not run for a number of years.