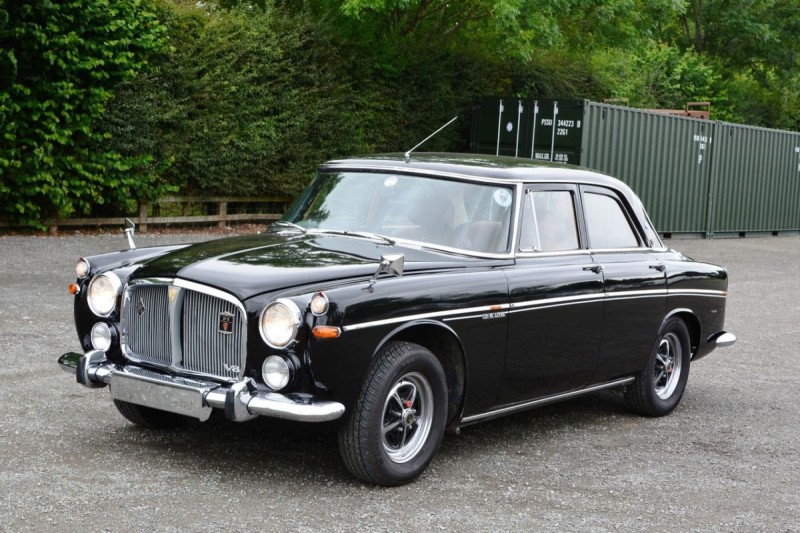 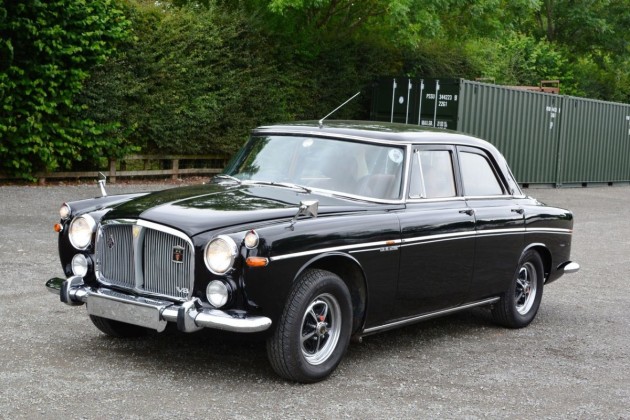 Sedate, comfortable and beautifully built, Rover cars represented the finest traditions of the British motor industry and were the default choice for the upper middle classes from the 1940s onwards.

Launched at the 1958 Motor Show, the P5 Saloon marked a new departure for Rover as it employed a monocoque construction rather than the separate chassis of the old P4. Considerably larger and more stately than the P4, it was dubbed the ‘middle class Rolls-Royce’ and immediately became the establishment’s motor of choice – the Queen is said to have been particularly fond of the Royal P5, Harold Wilson had a built-in pipe rack in his, and Margaret Thatcher was the last Prime Minister to be whisked into office in hers. Furthermore, no self-respecting minister, tycoon or top brass army officer would be seen in anything less.

The P5B version produced from 1967 until 1973 had a larger Buick-derived 3.5-litre V8 under the bonnet in place of the original 3-litre six and really gave the car the go to match the show. With 160bhp and plenty of effortless grunt under his right foot, the chauffeur could waft his passengers to 108mph and crack 60 in under 10 seconds, even with the mandatory auto box. With surprisingly good ride and handling and some of the most comfortable seats ever to grace a motorcar, this really was the archetypal gentleman's club on wheels.

First registered in February 1972, this particular P5B has been in the current ownership since 1976. When he bought the car the vendor was told that it was one of a small batch ordered for the use of the Royal Household and while there is no documentary proof of this, it is certainly plausible because not only is the car black, but the V5C records no previous keepers, both features being typical of any P5B that was first used on state business. Later on in his ownership the vendor also met a Rover Club official who confirmed the truth of the story by checking the chassis number against records in his possession.

A much-loved family member, the Rover has been in regular use throughout the vendor’s 40-year ownership and has covered numerous continental trips and attended many shows, not to mention whisking more than a few brides to the church on time. The total mileage covered has risen from 31,000 in 1976 to 132,000 today (an average of 2,500 miles per year) and the car comes with a vast history file documenting meticulous upkeep throughout that time.

For the past three years the car has been kept garaged and barely used at all, the last MOT having expired in June 2013. However, on arrival at Brightwells it started instantly when given some fresh fuel and hooked up to a new battery, running very sweetly as we moved it around for these photographs. A credit to its devoted long-term owner, it is only very reluctantly offered for sale due to the advancing years of the vendor. All it needs now is a caring new owner to give it the more regular exercise it deserves and, given its Royal provenance, it will prove a real talking point at shows and would make a fascinating addition to any collection.

Bidders are advised that a large quantity of spares are also available by separate negotiation if desired, although these will have to be collected from the Powys area.