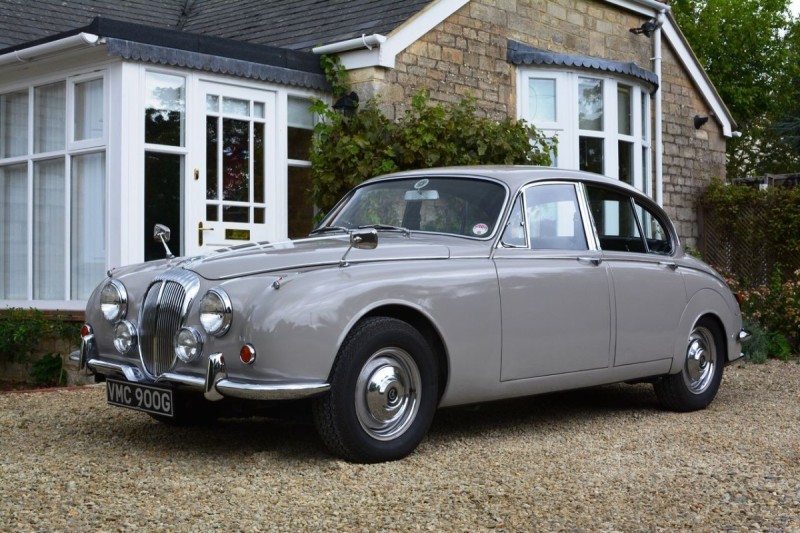 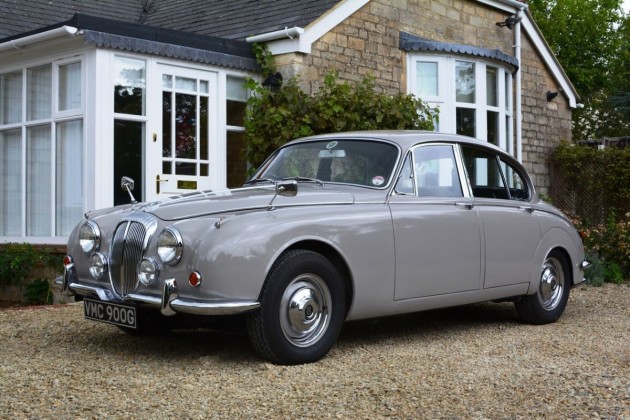 The result was a luxury niche car of very different character to the Jaguar. The power unit in the Daimler was much lighter so the handling was better and the V8 offered smooth and near silent running at almost any engine speed. About 19,000 of these fine saloons were produced from 1962 – 1969, almost all being automatics.

As the extensive history file reveals, this Dove Grey Daimler V8 was bought new by Universal Gowns Ltd of London EC1 in August 1968 and has had just four further owners since. The vendor acquired the car in 1982 and has covered some 70,000 miles in his 34-year ownership, the odometer now displaying some 123,000 miles.

In 2010 the gearbox and torque converter were rebuilt by Graham Whitehouse Autos Ltd of Birmingham and the engine by Russ Carpenter of CD Automotive Services in Guildford, in both cases incorporating the latest modifications developed over many years by these world class motor engineers. Shortly before that the original power steering box was rebuilt by Power Steering Services UK of Greenwich and a new set of Vredestein tyres fitted all round.

In 2008 the car won ‘Second in the V8 Class’ at the DLOC International Rally at Anstruther, a feat which it repeated in 2014 at the 50th DLOC International Rally at Gaydon. Occasional work continues to keep the car in top condition. For example, 2012 saw a full overhaul of the windscreen wiper motor and the interior heater assembly, and the interior under-felt and under-bonnet soundproofing were replaced. In 2016 the front seat cushions were refurbished by Harry Fraser Vehicle Upholstery at Bicester Heritage and a new mild steel exhaust system was fitted shortly before the sale. The original Daimler toolkit in the boot is complete and in excellent condition.

A retired Chartered Mechanical Engineer and long-standing member of the Daimler and Lanchester Owners Club (DLOC), the vendor has always maintained the car religiously and states that: “Performance and handling are excellent, as good if not better than new. The car is structurally sound and the paintwork and chrome are very good. The interior is clean, sound and with a good patina, and is original except for re-varnishing of woodwork and fitting of new carpets in the mid 1980s.”

Supplied with a very large history file including 22 old MOTs back to 1975 and many invoices, it also comes with a four-volume factory workshop manual and an MOT valid until October 2016 with no advisories recorded (although the vendor intends to get a new MOT in time for the sale).

Altogether a wonderful old Daimler, in excellent mechanical order and very good cosmetic order, from long-term enthusiast ownership, that doubtless has decades of useful life ahead of it.