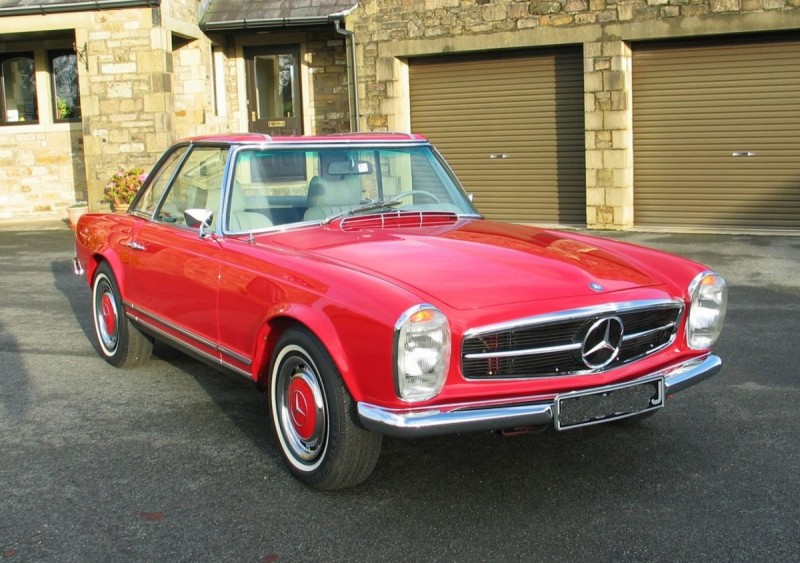 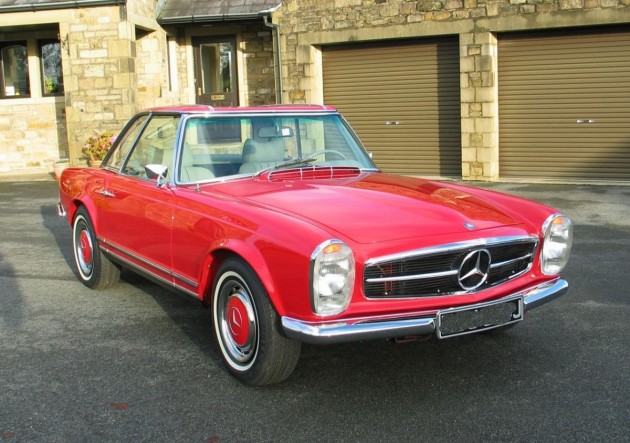 Without doubt one of the prettiest roadsters ever made, the Paul Braqc-designed Pagoda SL is also superbly well-built and is one of those rare classics that you can genuinely use every day.

All were capable of at least 110mph and had front disc brakes, double wishbone and coil spring front suspension with a coil-sprung swing axle at the rear. To save weight, doors, boot and bonnet were made of aluminium. A choice of manual or automatic transmission was available, both four-speed.

All looked identical with a low waistline, wide stance, fishbowl headlamps and big curved greenhouse windows topped with that distinctive dished removable hardtop (to increase rigidity and reduce drumming), hence the 'Pagoda' name. The styling perfectly sums up the car, being elegant yet muscular and sporty yet solid, a rare combination of virtues which make it a timeless beauty that is always highly sought after. Not just a pretty face, a 230SL was driven to victory in one of Europe’s toughest rallies, the Spa-Sophia-Liege in 1963.

As the accompanying Mercedes-Benz UK Homologation Department letter confirms, this particular left-hand drive 280SL was built in Germany in October 1970 with chassis and engine numbers which still correlate to those in the car today making this a 'matching numbers' machine. A well specified example, it has the desirable options of four-speed automatic transmission, power steering, air conditioning and an original Becker radio.

The vendor acquired the car in 2012 from a gentleman in New Orleans who had owned it since 1988 (copy US Certificate of Title on file). On arrival in the UK the car was treated to a total nut-and-bolt restoration which was to take three years to complete with the spectacular results you see today, much of the work being carried out by marque specialists, Gratt Motors of Manchester. The full extent of the works carried out are too detailed to list in full here but even a cursory examination of the car leaves one in no doubt that everything has been done to the highest possible standard.

The body was stripped down to the bare metal to check for rot, corrosion only being found in the off-side footwell and on the inner surface of the boot floor, both these areas being repaired using new panels supplied by Mercedes. Even the front wings are original with the correct factory ‘dimples’ by the headlamps, which have themselves been converted to European specification.

The engine was rebuilt by Paul Gardner Racing Engines of Lancashire and is said to run "like a Swiss watch" while the engine bay has also been detailed to show standard. The interior has been fully retrimmed in grey leather using factory pattern materials sourced in Germany, new carpets fitted and a new canvas soft top. A stainless steel exhaust system has also been fitted along with many other parts too numerous to mention.

Since the restoration was completed in 2015 the car has barely been used and remains in outstanding condition throughout. Due to have a fresh MOT in time for the sale, it comes with a V5C, the aforementioned invoices and copy US Certificate of Title plus a parts book. As good an example as you could ever wish to find, this stunning 280SL is insured for substantially more than the guide price suggested here and is ready for the show circuit where it really belongs.