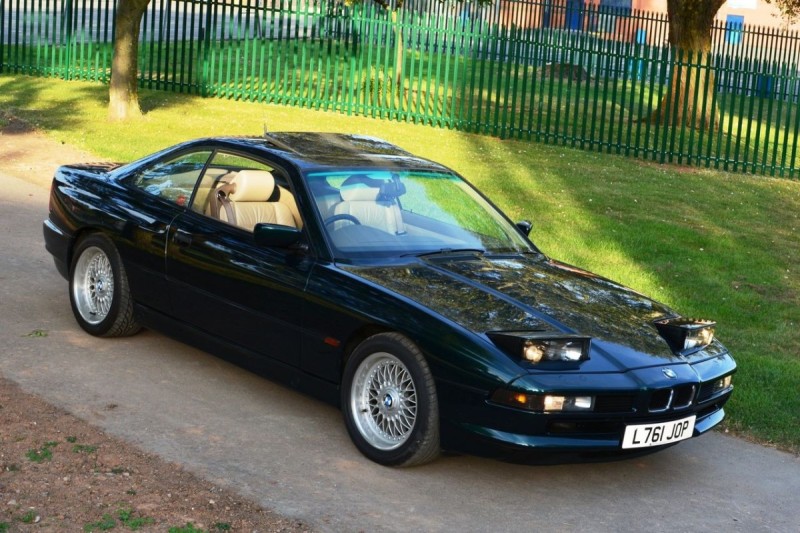 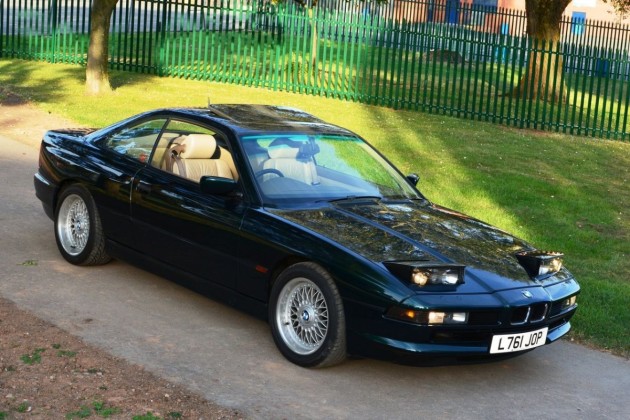 The wonderfully dramatic 8 Series Coupe was launched at the Frankfurt Motor Show in 1989 and was the flagship model of BMW’s range.

Internally known as the E31, almost $1bn was spent on developing the car which showcased many cutting edge technologies including computer-aided design techniques and several road car firsts such as the first electronic 'fly-by-wire' throttle, the first to use 'CAN bus' multiplex wiring and the first BMW to use a multi-link rear axle. Conceived as the ultimate GT car, it was luxuriously trimmed inside and was packed with all the gadgets that its jet-set client base could wish for.

The pillarless hardtop body design incorporated many aerodynamic features such as pop up headlamps, flush-fitting glass and door handles, and sophisticated front and rear air diffusers which reduced the drag coefficient to just 0.29cd, a class-leading figure at the time and a massive improvement on the 0.39cd of the outgoing 6 Series.

Initially powered by an all-alloy 5-litre V12 that produced 296bhp and 330lb/ft of torque, it could sprint to 60mph in 6.8 seconds on its way to a top speed electronically limited to 155mph, driving through a 5-speed automatic gearbox. From 1993 a 286bhp 4-litre V8 version was also available, replaced in 1995 by a more torquey 4.4-litre V8. Costing well over £60,000 new, the E31 was always an exclusive machine and just 22,800 of the 5-litre models were sold worldwide before production ceased in 1999, the vast majority in LHD.

First registered in January 1994, this V12 has only covered 89,300 miles with an excellent service history comprising 18 stamps to date, all but four at BMW main agents and the last by Rybrook BMW of Worcester at 88,414 miles in September 2009. The vendor, who is the fourth owner, acquired the car in February 2008 to join a small collection of classics that he owns and has covered less than 2,000 miles in his 8-year ownership, always keeping the car garaged when not in use.

For the last two years the car has not been used at all due to illness, hence the reason for sale. Fitted with two new batteries and given some fresh fuel shortly before the auction, it fired up instantly and was driven some 35 miles to Brightwells on trade plates with no problems whatsoever, wafting along effortlessly on a tidal wave of torque and feeling as tight and rattle-free as you would expect from such a low mileage machine. However we did note that the ABS warning light stayed on during the drive to Leominster, perhaps as a result of the car having stood for two years with flat batteries, and we were unable to operate the sunroof. Although the last MOT expired in April 2015 (with no advisories recorded) the car has barely been used since and is due to have a fresh ticket in time for the sale..

Looking wonderful in Oxford Green metallic with deep dish BMW alloys and an excellent mushroom leather interior, this is a most superior example of this consummate Grand Tourer and is only reluctantly for sale due to illness. It comes with all its original handbooks in the original leather wallet and looks great value at the modest guide price suggested here.

Only 697 850Ci models ever came to the UK of which just 391 are still registered here making this low mileage cracker a rare beast indeed. Fast, luxurious, beautifully styled and built to last, this is a sure-fire classic of the future.

For an excellent guide to the 8 Series range, copy and paste this link into your browser:
http://www.meeknet.co.uk/e31/buying_guide/BMW_E31_8-Series_Buying_Guide.htm