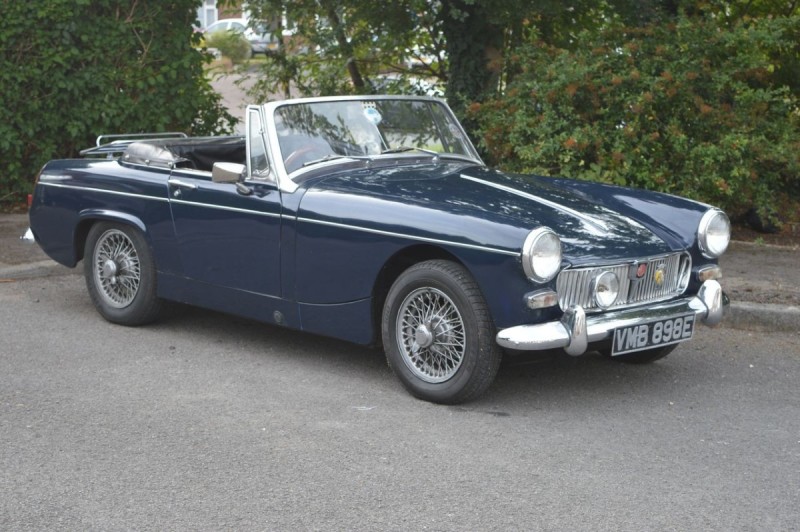 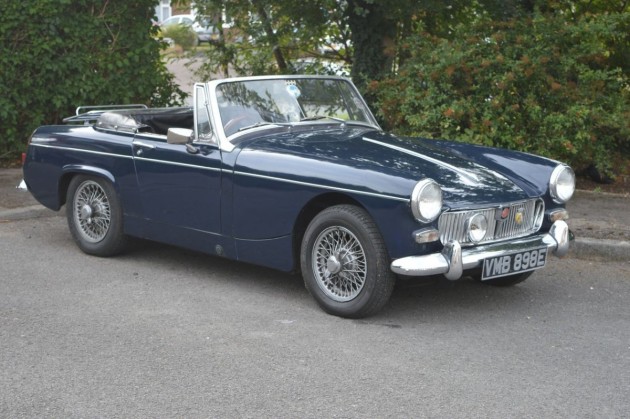 The first cars had rudimentary sliding side screens and were quite primitive. As time went on, improvements such as winding windows, semi elliptic rear springs and engine capacity increases from 948cc, through 1,098cc to the 1,275cc A-Series engine from the Mini Cooper S were introduced. By the time the MkIII was launched in 1966 with a proper folding hood, the car had evolved significantly.

This model lasted until 1974 when major revisions were undertaken including rubber bumpers and the 1500cc engine from the Spitfire - things were never quite the same after that. As soon as the car was introduced, its sporting potential was clear, the lightweight machine offering a competitive package in virtually every form of motorsport.

According to the V5C, this well-sorted Mineral Blue 1967 MkIII has had four previous keepers since it left the Abingdon factory. The last owner acquired it in 2005 and kept it until 2012 when it came into the hands of the vendor. Subjected to a comprehensive restoration in the mid-1980s, it has covered 26,000 miles since, with bills on file for regular maintenance and attention.

A reconditioned gearbox supplied by Leacy MG was fitted in 2004 (4,000 miles ago), a new radiator added in 2007 and lower trunnions in 2012. Bills for exchange front shock absorbers and a new hood are also on file. The history file includes 21 old MOTs, lots of bills and invoices and photographs of its restoration as well as its current MOT which expires in April 2017.

Fitted with leather seats, a luggage carrier and a neat hood cover, it is only being offered for sale due to lack of use. These early MkIII Midgets have grown in popularity over the last few years which is not surprising since they offer bags of fun and are very easy to own. This well presented car looks just the ticket.