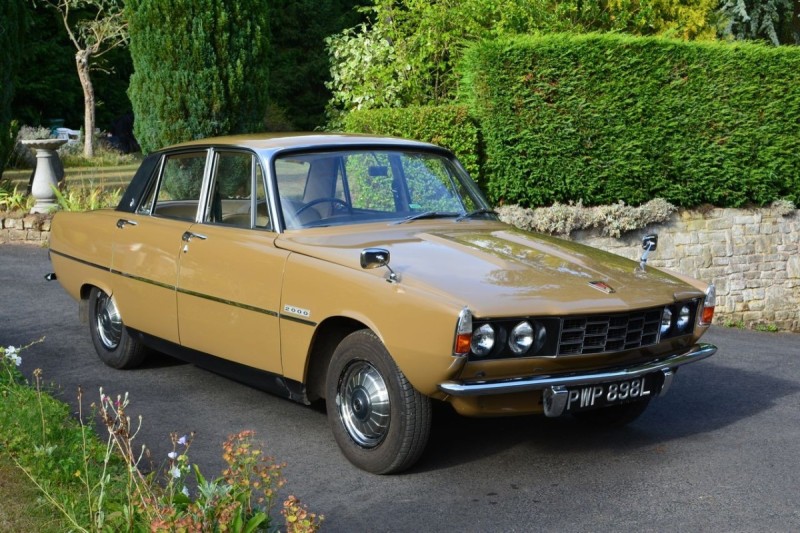 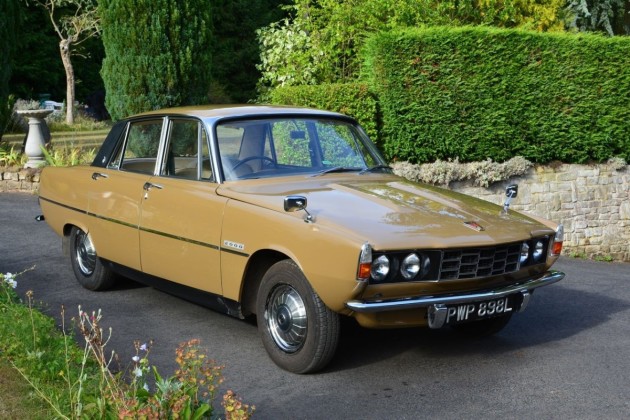 This spectacular Tobacco Leaf brown 2000SC (single carburettor) is about as close to a new P6 as you could ever hope to find. It was bought new in November 1972 by a gentleman in Kidderminster as a gift for his wife in order to encourage her to pass her driving test, an idea to which she proved stubbornly resistant. After 10 years of futile persuasion, during which time the Rover was mainly confined to the garage with just the odd local trip to keep everything free, he finally gave up on the task and the Rover was carefully waxed, put up on blocks, and forgotten about.

Here it was to remain for the next 20 years before being acquired by the vendor, a family friend, who also bought the house and the garage where the car was stored. He recommissioned the car, fitting a new set of tyres, new battery, new radiator core, new exhaust box and reconditioned brake calipers and has used it very gently ever since. It still has less than 12,000 miles on the clock and remains outstandingly original throughout with all the correct factory stickers still in place. Even the original set of tyres it had from new are still present, although these will need to be collected from the Kidderminster area if desired.

It comes with a wealth of period documentation including original sales brochures, Rover trim and paint swatches, original handbooks and service book, workshop manuals, period road tests etc. There are also various service invoices and old MOTs back to 1976 to warrant the mileage, the current MOT running until August 2017 with no advisories recorded.

With just two owners from new, this ultra-low mileage P6 is a perfect time capsule from 44 years ago and needs to be seen to be fully appreciated. Being offered here at a very realistic guide price, it would be the pride of any collection and would make a fine addition to any museum, being better than the P6 currently displayed at Gaydon Motor Museum, according to the vendor. An opportunity not to be missed!