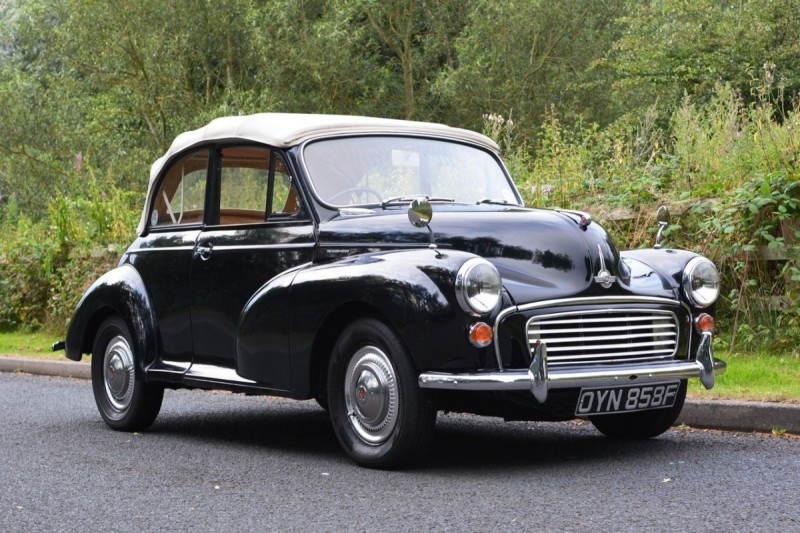 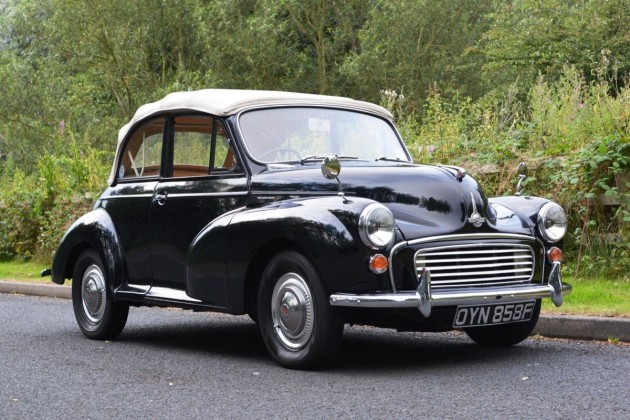 The original 1948 side-valve Minor - or ‘poached egg’ as Lord Nuffield so rudely called it - was a sedate performer but thanks to delightful handling and steering, was always a great car to drive.

Gradually developed over the years, a facelifted Series II came out in 1952. It retained the split-screen of the early cars, but was now powered by the Austin A-series 803cc engine from the A30. From 1956, the Minor 1000 really came of age and was the best of the lot - and remains so for those who want one to drive as well as to show.

The larger A-series engines finally provided power to match the handling, even more so after September 1962 when a 1,098cc engine replaced the earlier 948cc version. Available in numerous variants, including two and four-door saloons, a wood-framed Traveller estate, a panel van and a pick-up, most glamorous and sought-after of all was the convertible Tourer model which offered top-down motoring at a budget price.

First registered in November 1967, this particular car started out in life as a black saloon but was professionally converted to a Tourer some years ago. The vendor acquired the car early last year as a gift for his daughter, going through it from stem-to-stern first to ensure that it would give her trouble-free motoring. This included fitting new big end bearings, sump gasket and seals to the engine; new thermostat, housing and top hose; re-cored radiator; new front trunnions; new front brake shoes; new windscreen rubber; new rear bumper and new front tyres.

A previous owner had already treated it to a Weber twin-choke carburettor upgrade which cost £650 (invoice on file) and an alternator conversion. It had also been previously fitted with new wings and a new interior by Ivyleaf Morris Restorations of Exeter although the photos showing this work are sadly undated.

As we discovered on a lengthy test drive, the car goes very well indeed, cruising happily at 50 - 60mph with a nice snug-fitting hood and a very effective heater which the vendor was keen to demonstrate even though it was already quite a hot day! The car also looks very smart all round and has an MOT until July 2017 with no advisories recorded.

Only for sale because daughter has now moved to London and has nowhere to keep the car, this is a most appealing Moggie in a great colour that needs nothing more than a proud new owner who can reap the benefits of all the improvements so recently carried out by dad.