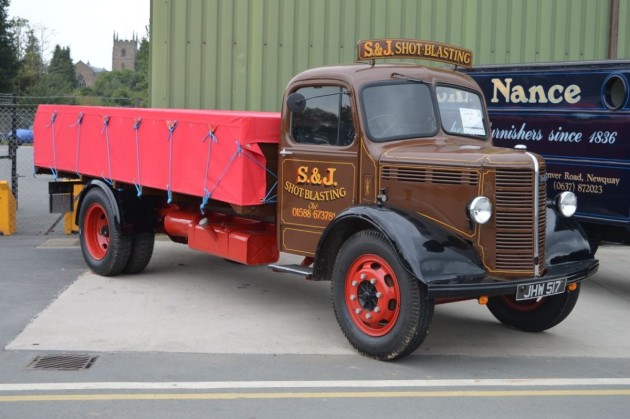 Established in 1930, Bedford Vehicles was a subsidiary of Vauxhall Motors (itself the British subsidiary of General Motors), that was dedicated to the production of commercial vehicles.

A key part of the GM Europe operation, the Bedford brand proved hugely popular and their range of lorries and light commercial vehicles established an enviable reputation for sturdiness and reliability. Hardly surprising as they used Chevrolet-developed chassis and drivetrains that had been proven in the vast open spaces of 1920s America.

New for 1939 was a complete revamp of the range, from the 30-40 cwt ‘K’ model to the heavily revised 3-5 ton O-Series. The largest of these was the OS, rated at 5 tons and available in two chassis lengths. The 3-5 ton O-Type served in all theatres during the Second World War, remaining in production in civilian trim until the 1950s. Their tough Chevrolet-based six-cylinder 3,519cc engines were virtually indestructible and they were a common sight on the roads well into the 1970s.

This late-1940s Bedford flat bed is believed to be an OS model, a letter from its previous owner confirming that it was purchased by Knee Brothers hauliers of Bristol as a ‘5-ton platform’ in 1948 and used continuously until it was retired in 1966. One of the family members then took on the old Bedford, fitting a horse-box on the rear deck, using it to carry his horses around to local hunts in rural Somerset. It was last run in 1983 before being retired and stored on his farm.

Rescued in 2000, the horse-box body was discarded and the truck stripped to the bare chassis. It has subsequently been completely restored by a Ludlow-based specialist and is now back to fine condition. Everything has been apart, checked and reconditioned as required. A series of photographs on file show the extent and quality of the work, the only thing stopping the vendor using it as he intended is the fact that he has never got round to sorting out the registration with the DVLA which lapsed many years ago when they went computerised.

The file includes a photocopy of a letter from Somerset Taxation Office dating from 1968 and copies of various tax discs confirming its registration number as JHW 517 as well as a letter from the previous owner explaining the history of the vehicle. In smart brown livery and looking like the day it left the factory underneath, this delightful old Bedford is only available because of lack of storage brought about by the purchase of yet another restoration project.