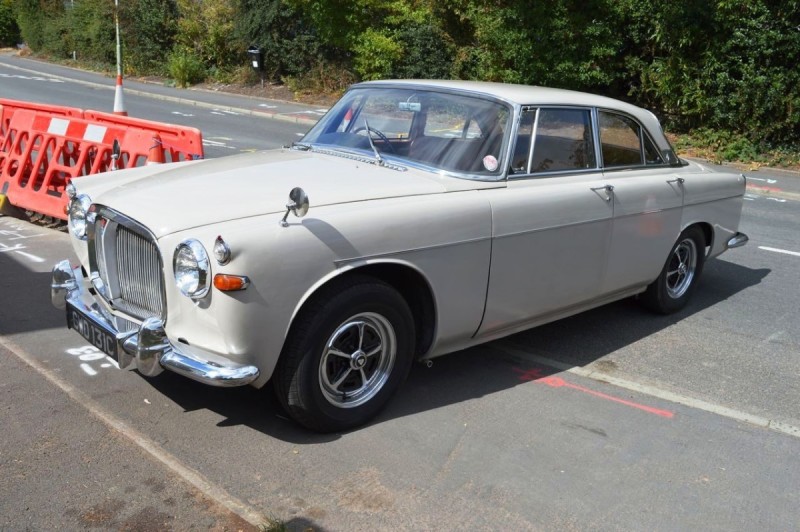 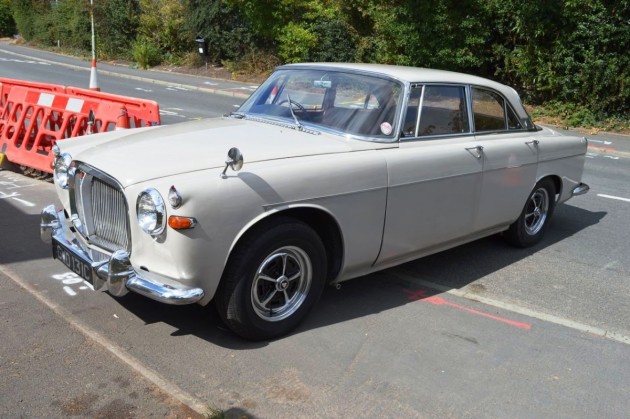 The Rover 3-Litre’s predecessor, the quirky P4, with its narrow rear track and suicide back doors was the car of choice for the archetypal bank manager - sturdy, dependable and ultra-conservative (with a small 'c').

When the new P5 3-Litre was unveiled in 1958, it was obvious that Rover were aiming at a different audience. Offering the same level of quality and craftsmanship as before, the new car had much more aggressive styling, its large grille, wide stance and narrow windows immediately appealing to a more flamboyant customer. From that time on, no company chairman, politician or member of the military top-brass would be seen in anything less.

Its first iteration was powered by a silky-smooth 2,995cc straight-six engine that grew in power from 115bhp in the first models to 129bhp when the MkII arrived in 1962, sufficient to push this generously proportioned ‘club house on wheels’ to a top speed of 95mph. The MkII also lost the glass ‘door-top’ wind deflectors in favour of quarterlights in the front windows and received a number of suspension upgrades.

The biggest news was the simultaneous introduction of the elegant Coupe version which had a lower roof-line, sharply raked ‘C’ pillars and thinner ‘B’ posts. Brilliantly executed, the 3-Litre Coupe looked a sensation, widening the market still further to those who still demanded a car that reflected their elevated status, but wanted something that marked them out as more thrusting and dynamic than their peers.

This 1965 MkII Coupe had spent a considerable amount of time off the road prior to 2007, the car being MOTd for several years at around that time before once more being put back into storage until being sold in 2014. Cranbourne Classics handled the sale, selling the car for £8,500 to a gentleman who planned to tow a classic caravan to shows and events.

In need of a certain amount of recommissioning, bills on file show that the sump was dropped for a thorough clean and inspection and a new set of big-end shells fitted while they were easily accessible. The brakes were given an overhaul, new door seals fitted along with a tow bar and electrics, the bills at this time amounting to some £1,800.

Back on the road again in 2014, the owner only used it for a few hundred miles before his circumstances changed, the car passing to the vendor earlier this year. Since then, it has passed its MOT which expires in May 2017 and there are two handbooks in the file. Fitted with the desirable Hydrosteer power steering option, this straight and original P5 Coupe automatic transmission has managed to keep its original interior which remains in good condition and has been a regular sight on the roads around Ludlow of late.