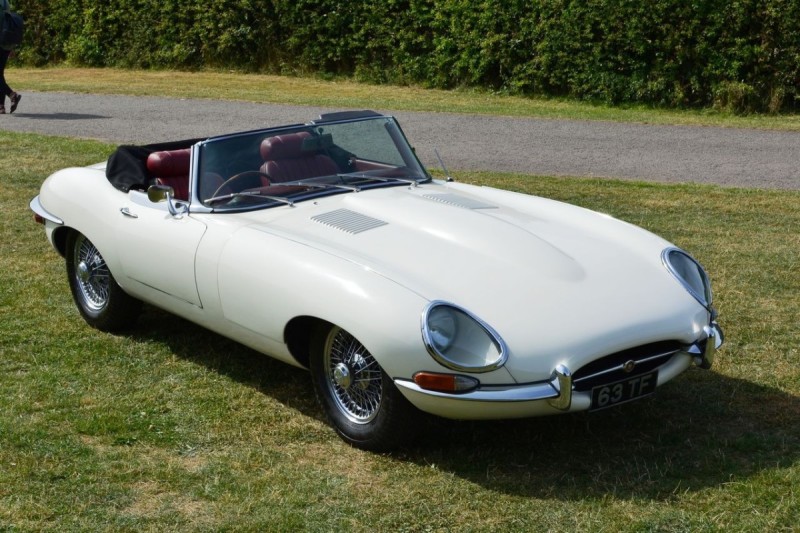 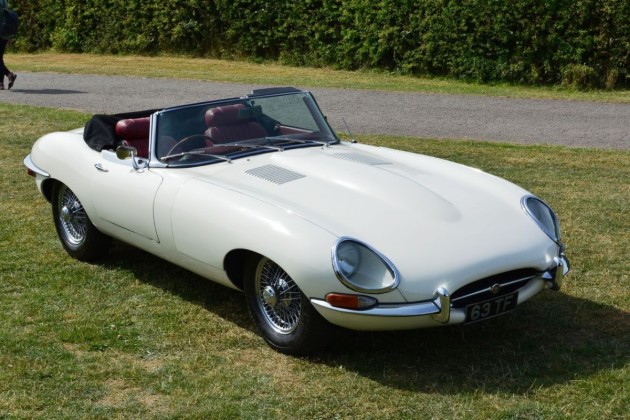 Although die-hard E-Type aficionados will always claim that the Series 1 is the car to have, in the real world there is no doubt that the Series 2, launched in October 1968, is the better car to drive.

Visually distinguished by its slightly higher, uncowled front headlights, wider front grille and different tail lights, it had twin fans for better cooling, an all-synchro gearbox, better seats, improved switchgear and slightly more room in the cabin. Under the bonnet the S2 can also be readily identified by the ribbed cam covers which aided cooling and were stronger than the old smooth type.

Power still came from the same magnificent 265bhp 4.2-litre triple-carb XK engine (twin Strombergs for the USA market) which endowed the car with a top speed in excess of 130mph. During the lifespan of the Series 2, only 8,628 were produced as open top roadsters, all but 776 in left-hand drive (although many have subsequently been converted to RHD), before it was replaced by the V12-powered Series 3 in late 1970.

As the accompanying Heritage Certificate confirms, this particular S2 Roadster was built in June 1970 and was originally light blue with a dark blue leather interior and was a left-hand drive model destined for the booming US market where it was despatched in September of that year. Little is known of the subsequent history of the car until the vendor spotted it for sale in California in 2012 where, curiously, it had already been converted to right-hand drive and had a more attractive ‘closed headlight’ Series 1 bonnet fitted.

A garage proprietor nearing retirement, the vendor had the car shipped back to the UK in October 2012 and commenced a thorough restoration, his intention being to enjoy driving it when he finally gave up work. A bulging file of invoices and photos charts the extent of the work carried out with bills for parts alone amounting to some £20,000.

This included a full engine rebuild with new pistons etc; new radiator and water pump; electronic ignition; new wiring loom; all new brakes; stainless steel exhausts; full interior retrim in red leather; repaint in Old English White; new chrome; new soft top plus much else besides. Structurally the car proved to be very sound thanks to the dry California climate and only needed a couple of floor sections, the whole structure being carefully waxoiled during the restoration.

Since the work was completed the E-Type has only covered some 1,300 fine weather miles and is said to drive well with an MOT until May 2017 with no advisories recorded. It certainly performed very nicely when we were treated to a test drive on the occasion of our visit with excellent oil pressure and temperature, even when we got stuck in heavy traffic on what was a very hot summer’s day.

Supplied with a fitted indoor car cover, an owner’s handbook, Jaguar service manual and the aforementioned invoices and Heritage Certificate, a rare factory hard top is also available by separate negotiation if desired. Unexpectedly and very reluctantly for sale due to illness, it looks most tempting at the guide price suggested, especially given the relentless upwards trajectory of E-Type values in recent years.

Please note that the personalised number shown in the pictures is not included and will be replaced by the number XEU 713K prior to the sale.