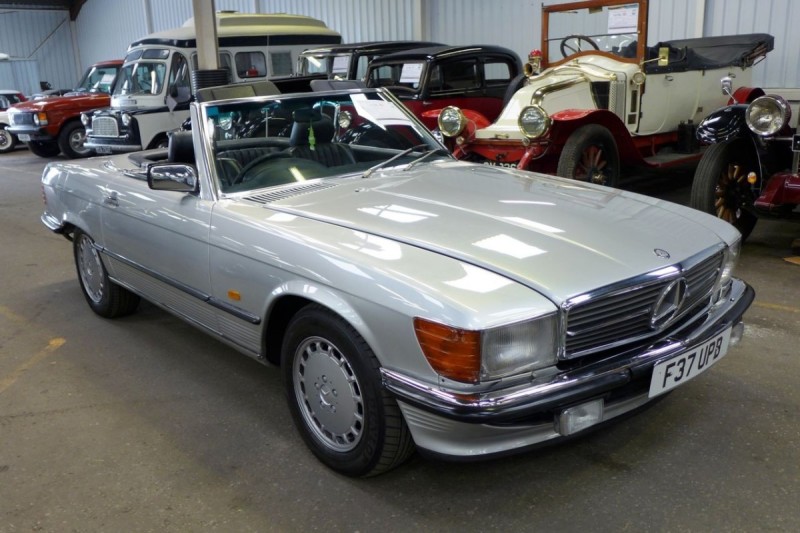 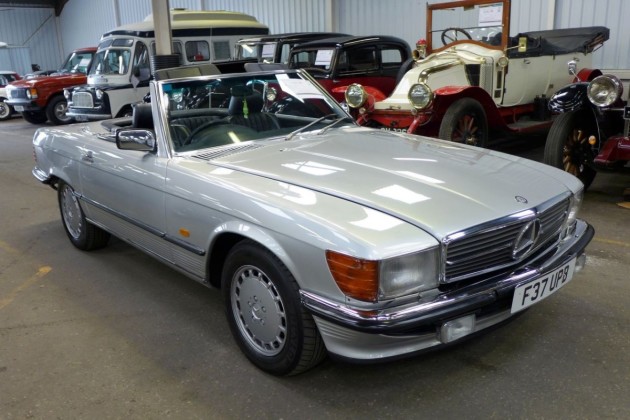 Looking more handsome with every passing year, the W107 series Mercedes-Benz SL was built at a time when the Stuttgart firm still had a reputation for building the best engineered cars in the world.

To this day, no car door closes with a more reassuring ‘thunk’ than a Mercedes SL, and everything about the car contrives to make a nuclear bunker feel a bit flimsy. Fast, comfortable and discreetly understated, the SL has a matchless ability to munch up the miles for year after year without ever seeming to falter. No wonder it stayed in production fundamentally unaltered from 1971 until 1989 – the longest production run of any Mercedes to date.

The cars came in a wide range of engine sizes using both straight-six and V8 engines, but rarest of the lot was the 420SL with just 2,148 made between 1985 and 1989. It was powered by a creamy smooth 4.2-ltre V8 producing 215bhp and 289lb/ft of torque, giving the big Benz effortless acceleration and a top speed of 130mph. The later versions, as here, also gained a four-speed automatic gearbox (up from three) and a galvanised body.

This 1988 example has recently been subject to a thorough overhaul, including a respray and major engine service with new plugs, filters, distributor and all fluids. A large history file also accompanies this late 4.2 V8 version totalling over £10,000 worth of maintenance expenditure which is backed up with 25 service stamps and 23 old MOTS and its original owner's book pack.

Looking good in silver with a black leather four-seat interior, walnut trim, electric windows, CD player and a black hood, the car has been in its current ownership since 1998 with only six previous keepers.  These lusty Merc V8 roadsters are eminently capable of daily use and can more than hold their own in modern traffic, attracting plenty of admiring glances as they go about their business.