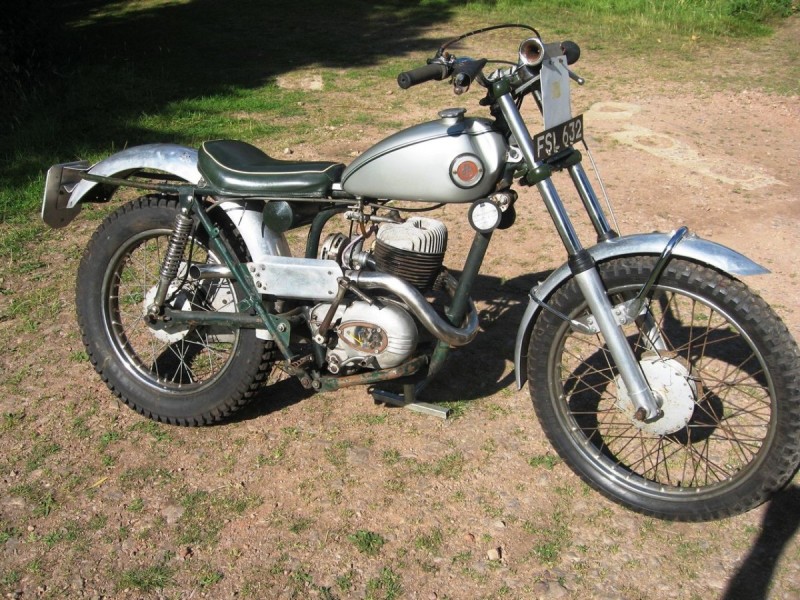 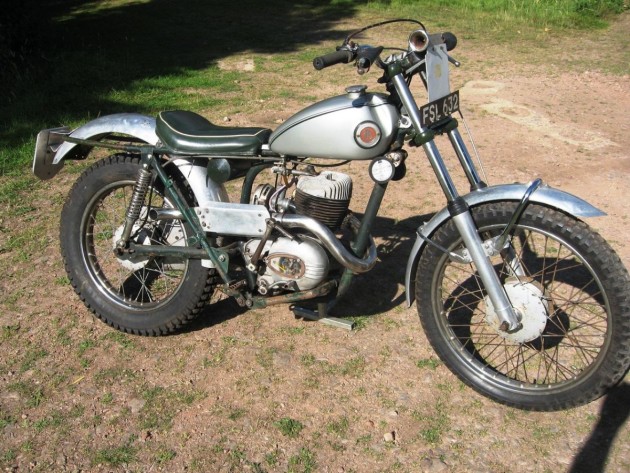 Francis Barnett launched their full 250cc trials bike for the 1958 model year and initially orders were healthy, the new engine slotting neatly into the existing tried-and-tested trials chassis which had hitherto contained the 200cc 8E engine.

Unfortunately the 250cc engine installed in the new bike was the Piatti-designed AMC 25C engine, a wide and heavy lump which produced its power in the wrong range to be suitable for trials. Various modifications were carried out in the next year but all to no avail – what was needed was the 250cc Villiers 32A trials engine which the rival Greeves and DOT factories were already using.

Alan Sweeney, trials rider, club stalwart, and clerk of the course, was travelling with his friend Arthur Dovey, a Francis Barnett works trials rider, when the conversation turned to their bikes. While Arthur was very happy with the Francis Barnett chassis, he was well aware of its shortcomings in the engine department. Conversely, while Alan was more than happy with the engine in his 1950s Greeves which he considered ideal for trials work, he was less than impressed with the shortcomings of the out-dated frame.

Because of this chance conversation, Alan got hold of a Francis Barnett trials chassis and engineered the frame mounts to take the Villiers 32A engine, the result of his work amply rewarding him with a bike that was better than either of the two bikes used to make this combination. Francis Barnett themselves chose this route in 1962 when the AMC engine in the Model 85 trials was replaced with a Villiers 32A engine to become the Model 92 Trials, effectively copying the alterations that Alan had pioneered a year earlier.

Sadly Alan's riding years have now come to an end and he is selling his beloved trials mount so that he can make a donation to the Macmillan Cancer Support nurses in appreciation for the care he has received from their organisation. The frame number dates the bike as 1958 so it should be eligible for MOT exemption and free road tax and would make a good long distance trials bike, or a competitive pre-1965 mount. Last in use in 2013, this machine will doubtless benefit from some precautionary recommissioning before use and comes with two old-style V5s and a current V5C.