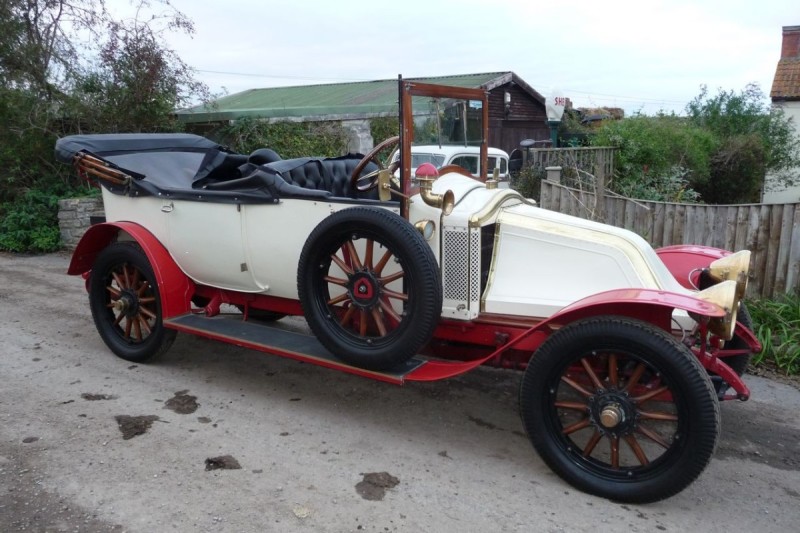 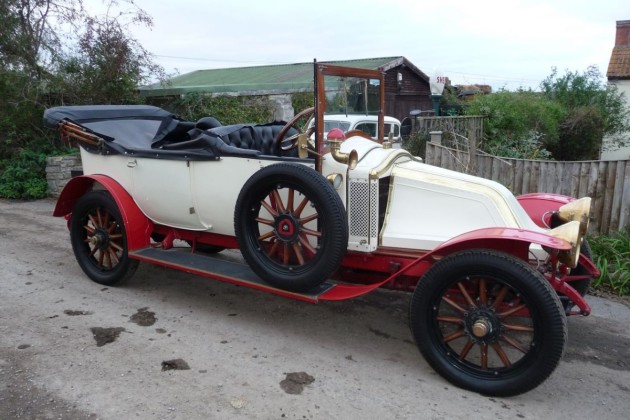 By 1913 Renault were building 20% of all cars manufactured in France and virtually all the taxis in Paris – a fleet of Renault taxis famously transported the French Army from Paris to the front line in the First Battle of the Marne in September 1914. Before 1919, most of their cars were supplied in chassis form only and bodied by outside coachbuilders. Engines were typically four-cylinder units of L-head type with their cylinders cast in pairs.

The pre-First World War cars developed a distinctive look, caused by positioning the radiator behind the engine to give a so-called ‘coalscuttle’ bonnet. This unusual design feature continued throughout the 1920s and it was not until 1930 that all of their range had the radiator positioned at the front. Renault’s large scale production, standardised design and huge range led to a bewildering product range. The main identifier is simply engine size – the more money you paid, the bigger engine you got.

This fine 1912 Model CC Tourer was towards the upper end of their pricelist and is fitted with a powerful 3,560cc four-cylinder engine and four-speed gearbox. It was exported new to New Zealand where it was discovered on a farm in a very dilapidated state in the early 1980s. Photos on file show just how sorry it looked, the parts being collected together and restoration work getting underway, a task that was to take a decade to complete.

It received a total engine rebuild, the usual magneto being replaced by a more reliable coil conversion and the complete basket-case was slowly returned to first class order. A new body was fashioned in keeping with the year of the car, aluminium panels being beaten over a traditional ash frame. The long wheelbase of the Model CC allowed its restorer to fit a pair of occasional seats behind the driver, turning this impressive Edwardian into a genuine seven passenger vehicle.

A comprehensive set of weather gear was made and fitted in beige material, complete with a very useful tonneau cover and sidescreens. There is plenty of brass to polish, a German-supplied horn and British CAV lighting adding to the Veteran appeal of the car.

Since arrival in the UK in 2002 it has been used regularly, 12 old MOTs showing in the document file which also includes a copy of the original handbook. It came into the vendor’s hands four years ago since when it has been carefully maintained, although advancing years and a mouth-watering choice of alternatives have meant that this fine early Renault doesn’t get used as much as it should.

A VCC dating plate confirms that it was made in 1912 which means that there are plenty of club runs and activities in which to make good use of the car. If you are considering a move into the world of pre-Vintage motoring, this powerful and comprehensively restored Renault looks like an excellent choice of carriage.