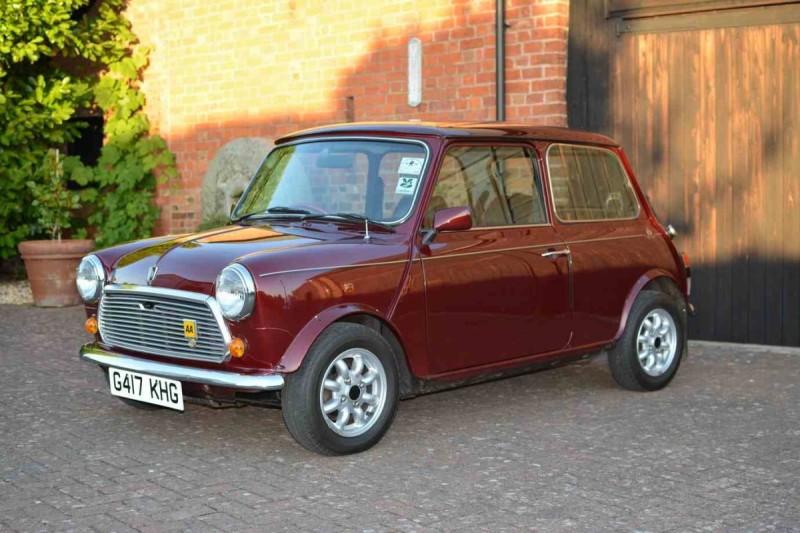 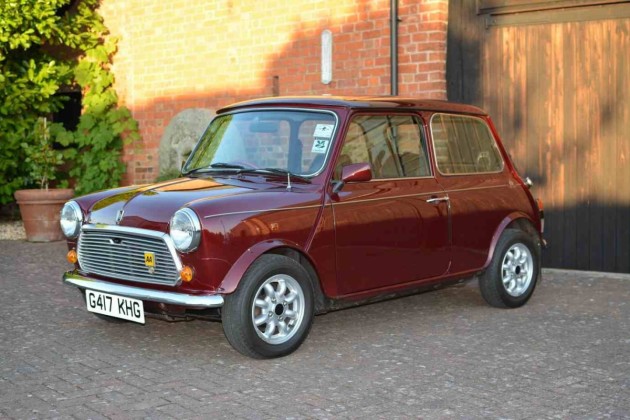 After 10 years of production, the Mini received its first makeover of sufficient importance to warrant a change to the internal BL model code, going from ADO15 to ADO20.

The MkIII that followed incorporated wind-up windows, concealed door hinges and larger doors, and by the time the MkV had come along, the original Alex Moulton rubber cone suspension had made a reappearance. Although the excellent new Metro was intended as a direct replacement for the Mini when it came out in 1980, somehow the management couldn’t bear to pull the plug on the brilliant little Mini which soldiered on regardless, the original 1959 design outlasting its supposed replacement by a whole three years.

Its survival was mainly down to the reintroduction of the Cooper brand which gave the ageing Mini a new lease of life. The marketing department also introduced a variety of subtly different models designed to keep demand on the boil. The Mayfair, Rio, Tahiti, 25, Thirty, Jet Black and Flame Red being just some of the bewildering Limited Editions that were made available.

The Mini Thirty was launched in 1989 to celebrate thirty years of Mini production. Available in either Cherry Red Pearl or Black, it was distinguished externally with a chrome grille and bumpers and had thin coach lines that finished with special ‘1959 – 1989’ crests. Inside, the cabin was trimmed in plush half-leather and had a security coded stereo. Each car rolled on Minilite-type alloy wheels and came with a leather bound copy of Rob Golding’s book ‘Mini’. Production was limited to just 3,000 and like previous special editions that had gone before, they were snapped up immediately.

The first owner of this smart low-mileage example was a Mrs Robb of Southport who drove it home on 1st December 1989. She had it regularly maintained by her local Rover dealer until she eventually became too elderly to drive. It was then acquired by local classic car specialists, G Windle & Sons of Ryecross Garage near Malvern, at which point the recorded mileage was still only 23,500 miles in April 2004. They kept the Mini and used it at local shows until May 2013 when the vendor bought it from them as fun car for high days and holidays.

Its new owners took the little Mini, along with their prized Bugatti and Jaguar E-Type, to the Bugatti Owners’ Club Picnic in 2015, where the three cars were awarded the ‘Bugatti Owners’ Club Best Stable’ award. Now having covered just 26,686 miles from new with plenty of history to prove, it still gleams in the sunshine thanks to the double layer of lacquer used on the Mini Thirty by the factory.

It is MOTd until May 2017 but really needs to get out more, having covered just a few hundred miles over the last few years.