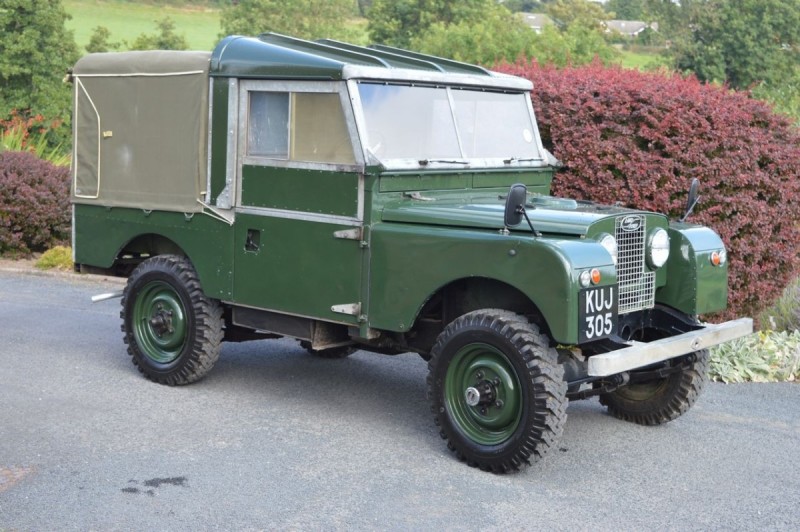 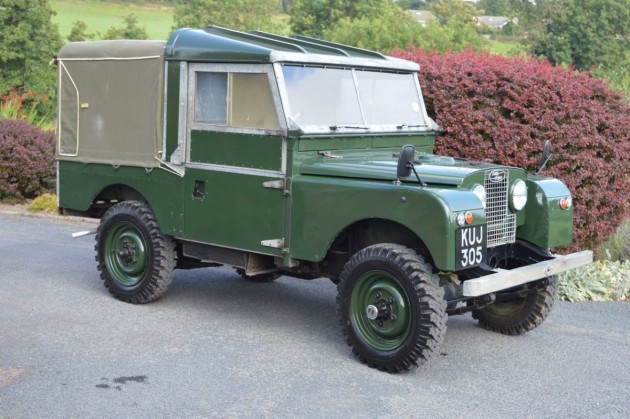 Post-war, Rover continued to make their high quality, if rather staid range of cars. Beautifully engineered, they had relied heavily on their middle class home market before the war and were suffering with steel shortages, the Ministry of Supply allowing only a certain number of home market sales per year in a bid to boost exports and claim the much-needed influx of foreign cash.

It occurred to Maurice Wilks, Rover's Technical Director, that they should use more aluminium in their vehicles. There was plenty of that around thanks to wartime aircraft production and Wilks had also been toying with design ideas to replace his trusty Jeep which he used as a workhorse around his Estate on Anglesey.

The combination of a simple robust chassis and aluminium panels in a Jeep-like vehicle was a masterstroke, the resultant vehicle having only ceased production earlier this year. Until 1951 this ‘go anywhere’ marvel was offered with an 80-inch wheelbase and a 1.6-litre petrol engine, a more robust 2-litre unit arriving in 1952. By 1950, the lights had moved from a position behind the grille to protruding through the grille and in 1954, the stumpy 80-inch wheelbase version was replaced by a more practical 86-inch model, alongside an even more capacious 107-inch pick up version, all models sharing a sturdy box-section ladder-frame steel chassis. A diesel engine option had also become available.

This nicely restored Shropshire-registered 1954 86-inch example was ordered new with a truck-cab, a rare item to find these days, and is understood to have spent most of its early life working on a shoot at an estate near Cleobury Mortimer. The vendor acquired it in 1997, its previous registered keeper having owned it for 12 years. The indicated 50,000 miles is understood to be correct, although there is insufficient documentation to confirm this figure although there have only been three previous keepers according to the logbook.

The vendor stripped the Land Rover to its constituent parts, finding that the engine was an ex-army replacement unit reconditioned in 1963, the original having been damaged by frost. A plate on the side states that it was overhauled to Scale 2 standard by workshop B399 and fitted with +.020” pistons, the mains and big ends being ground .030” undersize. It has covered very few miles since installation.

While dismantled, the chassis was properly treated and a new bulkhead fitted, the vendor noticing that at some time it has been fitted with the later, more robust Series II axles. Reassembled and given a fresh coat of paint, it has proved a delight to drive and with its optional hand-throttle, heater and useful tow bar is ready for work. In all more than £5,000 was spent on parts alone, a series of photographs on file showing the extent and quality of the work carried out.

Very nicely presented, this mid-period Series I retains many nice original features and would be a fine addition to any collection having been comprehensively and sensitively restored to a high standard.