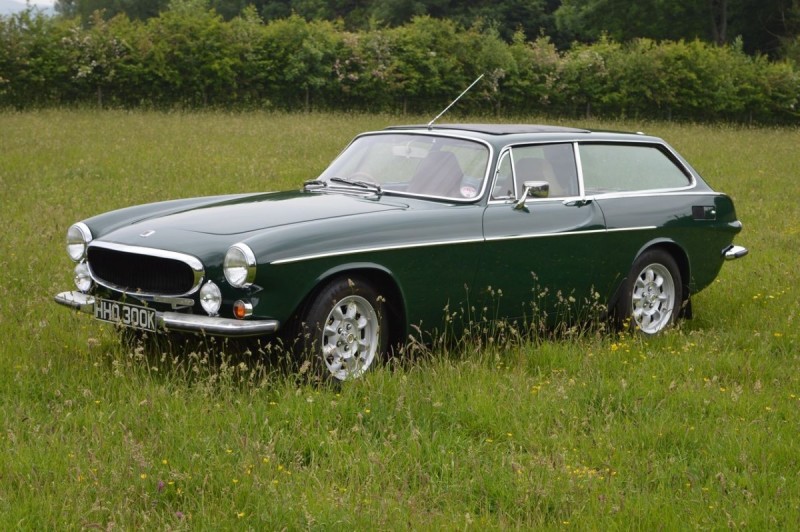 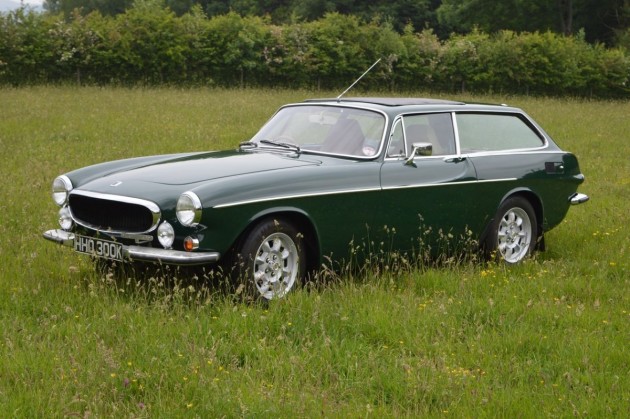 Finally hitting the showrooms in 1960, the strikingly handsome P1800 was Volvo's first attempt to enter the sports car market and came as a complete shock when first unveiled in 1957, taking the trusty, pragmatic Swede into uncharted waters.

Already busy making the elegant, yet entirely practical, safe and beautifully engineered Amazon, Volvo planned to spice up their image, employing Pelle Petterson to come up with a new design while working at Italian design house Frua in 1957. His long, low and streamlined masterpiece looked effortlessly cool from the outset, however due to various behind-the-scenes wrangling over who should make the body, production didn’t get underway until 1960.

Using many components shared with the bullet-proof Amazon, including its powertrain, independent front suspension and coil sprung live rear axle, the 1,778cc engine was hotted-up with twin SU carbs and pumped out some 115bhp. Although no fireball, the stylish coupe would top 100mph and being a Volvo, would keep it there all day.

In 1972 came the last model of the range, the 1800ES, an elegant estate version with an all-glass tailgate and folding rear seats that created a long flat loading area. Only in production for two years, just 8,077 of the ES were sold worldwide, making them a relatively rare sight today. Apart from looking a million dollars these cars are amazingly robust - a 1966 Volvo P1800S holds the Guinness World Record for the most miles covered on an original engine: over 3 million at the last count!

First registered in June ‘72, this immaculate ES was sold new through Lex Brooklands in London. Its first owner had the car religiously serviced, the original hand book and service pack containing 22 stamps up to 1982 by which time it had covered 88,631 miles. A full run of 24 old MOTs back to 1977 account for the rest of mileage which totals around 130,000 miles from new.

It has had just three owners in the last 22 years, its current custodian acquiring the car from a deceased estate through Sherwood Restorations in 2011. Its previous owner had cherished the car since 1994, restoring it to the condition it is today over the period 1997-99 and using it actively in Volvo Owners Club events.

Already a fine example, he went to town ensuring that it would drive as well as it looked, adding aftermarket anti-roll bars front and rear. He also fitted Spax adjustable shock absorbers and removed the head, converting it to run on unleaded fuel and gas flowed and ported it at the same time. It has a Motolita steering wheel and genuine Minilite alloy wheels and has proved itself to be no’ show queen’, being actively campaigned as proven by a series of photographs, yet still managing to keep picking up club concours awards for best in class.

The comprehensive history file includes every bill and invoice dating back to 1972 which total more than £40,000. It has both factory and Haynes manuals, its current owner keeping the records up to date with details of the service work that he has done over the last five years. It also featured in 'Classic Car Mart' and 'Classic Car Buyer' in 2011, copies of which are also on file. This multi award winner, recognised to be one of, if not the best ES in the country, is MOTd until June 2017 and is ready to show and go.