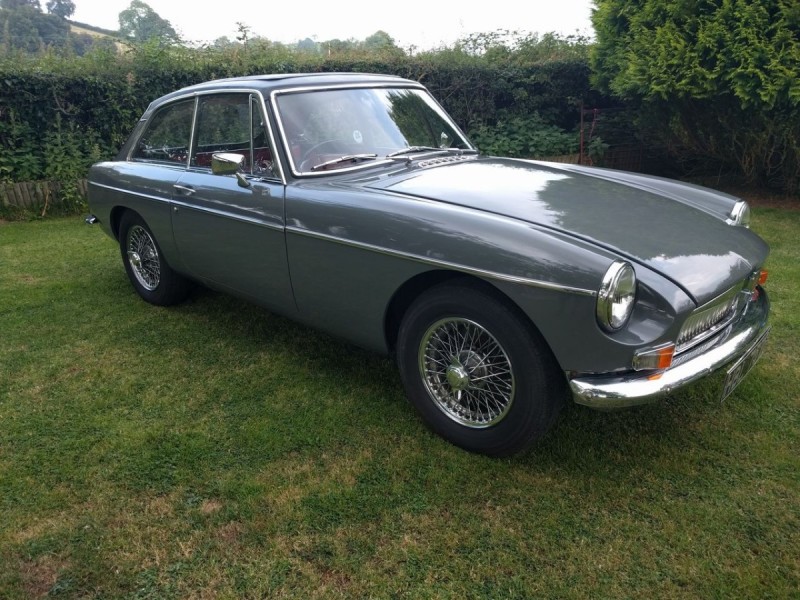 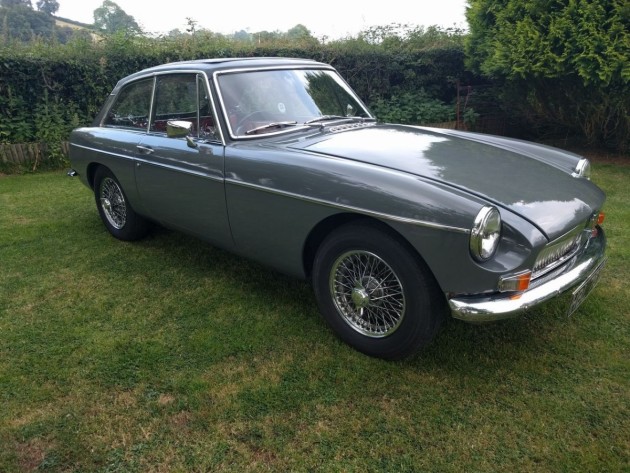 The elegant Pininfarina styled MGB GT was first shown to the public in 1965 and they immediately fell in love. Practical, pretty and sporting, it had everything going for it and the public bought it in their droves.

The 95bhp 1,798cc engine had enough poke to make the MG truly qualify as a sportscar and, when coupled with the overdrive gearbox, gave genuine 90mph cruising. This means that an MGB, more than 50 years after its debut, still performs on equal terms with most traffic on the road, gives excellent fuel economy and its satisfied owner can take advantage of the best parts availability for any car in existence, including of course the supply of a new bodyshell! No wonder they are so popular.

Updated over the years, the MkII arrived in late 1967 with a 4-synchro gearbox and a wider gearbox tunnel which lasted until 1972 when the MkIII arrived with an updated dashboard and numerous other small detail changes. As is so often the case with classics, the earlier models are somehow the most elegant and pleasant to drive and this is certainly the case with the MGB. The prettier chrome grille, dainty switchgear and more spartan interior got lost on the later versions, the last of the line rubber-bumper models being quite different cars in character.

This smart Grampian Grey MkII GT combines the best of all worlds, the elegance of the earlier model with the all-synchromesh gearbox which was much more pleasant to use. Spotted in Bath looking very ‘down at heel’, it was purchased by the owner of the Bath MG centre as a job to restore as and when time allowed. The original plan had been to restore the car around a brand-new Heritage shell, but when it arrived, it was rejected as too big a task to get the panelwork just right.

In the end, it was decided to carefully work though the car, replacing all of the corroded areas as necessary, a job which took a great deal of time and effort. The inner and outer sills were replaced, along with the complex ‘castle’ sections. New floors were fitted along with inner and outer wheel arches, new rear lower wings as well as repairs to the bulkhead and chassis. A new pair of Heritage doors were fitted to complete the shell.

Photographs of the restoration show the extent and quality of the work undertaken, the rest of the car being gradually put back together with new, or reconditioned parts. The attractive Webasto sunroof was refitted, along with a new set of chrome wire wheels, the car being repainted in its original, and attractive shade of Grampian Grey.

The engine was stripped and rebuilt, along with the overdrive gearbox, the car being upgraded with telescopic rear shock absorbers, an alternator conversion, electronic ignition, K&N filters and a stainless steel exhaust. The head was also converted to allow the engine to run happily on unleaded fuel. The car was finally put back on the road in 2007 and has covered around 5,000 miles since.