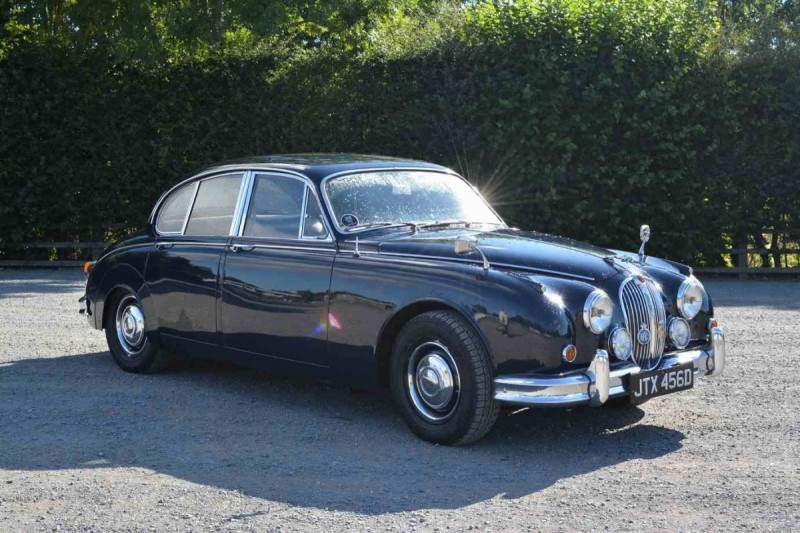 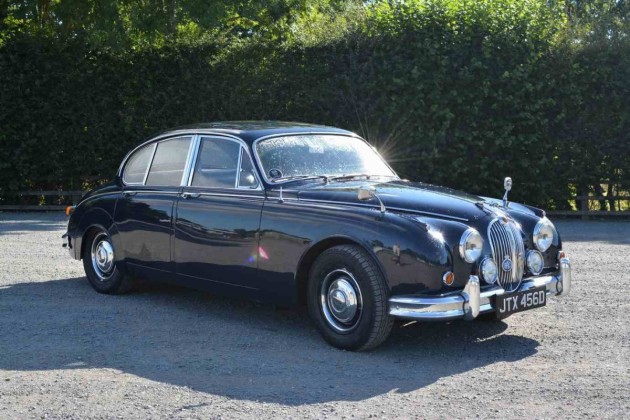 One of the greatest saloon cars of all time, the Jaguar MkII was launched to huge acclaim in 1959.

The top-of-the-range 3.8-litre model had stunning performance from its 220bhp straight-six engine and could embarrass most sportscars of the day, leaving them trailing in its 125mph wake. Keeping everything under control were servo-assisted disc brakes all round, coil-and-wishbone independent front suspension and a leaf-sprung Salisbury rear axle with optional limited slip diff. Inside it was beautifully trimmed in walnut and leather in the finest Jaguar tradition.

At the bottom-end of the price list was Jaguar’s entry-level 2.4-litre which was virtually identical in every way to the 3.8 apart from its smaller capacity engine. Although the 2.4 is often unkindly thought of as being a trifle underpowered, in reality it performed extremely well for the period being capable of a genuine 100mph and was only shown up against its brawnier 3.4 and 3.8 stablemates.

In September 1967 the MkII cars were remarketed as the 240 and 340, basically the same car but with slimmer bumpers and Ambla rather than leather trim in order to keep the price keen. These later models only lasted for just over a year, being replaced by the all-conquering XJ6 in 1968.

According to the accompanying Heritage Certificate, this MkII 2.4 fitted with a manual/overdrive gearbox and was delivered to its first owner through Norton Motors of Penarth Road, Cardiff, on 25 April 1966. Its first owner was a Dr Sinclair, who sold the dark blue saloon after four years to a Swansea farmer, Mr Gittins of Craig Cefn Park. Gittins ran a successful business and used the Jaguar to visit livestock markets in the course of his work. It eventually got ‘laid-up’, remaining unused for the next 17 years until he was admitted to hospital with a terminal illness at which point he generously gifted the car to his nephew.

The Jaguar was transported to Jaguar restoration specialists, Clive Rosser Motors of Swansea, in early 1998 where a schedule of restoration works was embarked upon. This included a thorough engine rebuild with new bearings, piston rings, clutch and exhaust. The body was treated to a bare-metal respray and various damaged chrome items, including the rear bumper and over-riders, were either rechromed or replaced altogether. A set of polybushes were installed to sharpen the handling and the interior was refreshed with a new carpet set.

Once back on the road, it was used by the vendor on high days and holidays, the extensive history file lending credence to its indicated 105,000 miles from new. Just 2,400 miles have been covered over the last 10 years, although the car has been regularly MOTd and cared for so has not just languished unloved in the garage. Its documents include 22 old MOTs, 17 old tax discs and the original service slip for its 500 mile service, Jaguar policy booklet and handbook. Its current MOT expires in May 2017 and shows no advisories.

This eminently usable, well preserved four-owner (two of which were from the same family) MkII 2.4 would make an ideal everyday driver, the car crying out to be used more regularly than it has been over the last decade or so. Could you give it the use it so richly deserves?