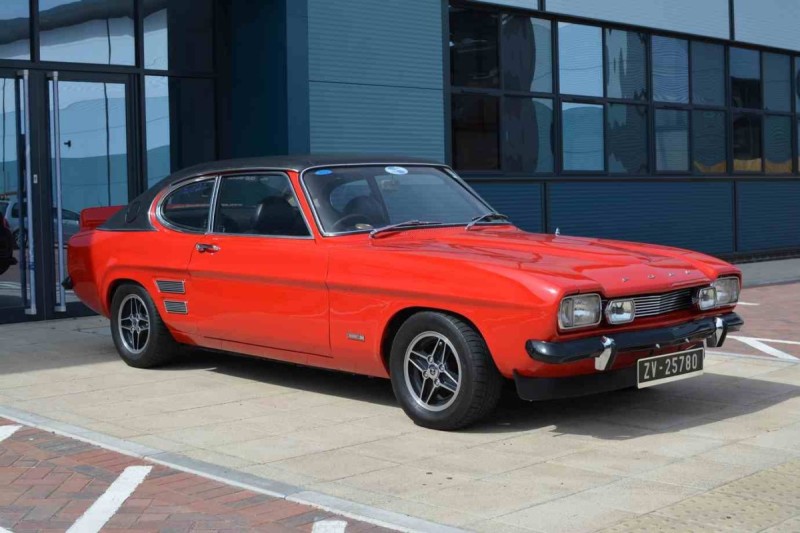 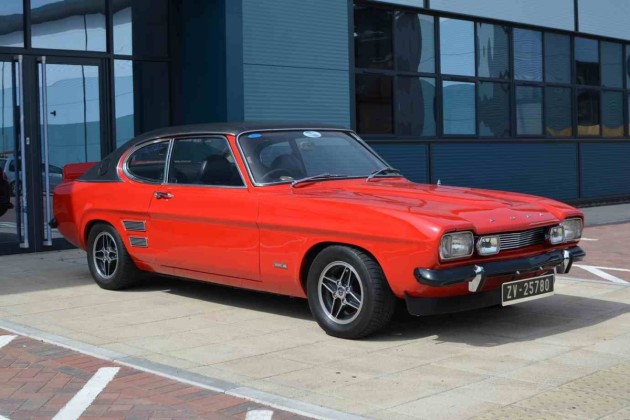 Launched in 1969, the Capri instantly became the most desirable model in Ford’s European range and was every thrusting young executive’s dream set of wheels.

With its aggressively long bonnet and swooping rear it looked like it was doing 100mph even when standing still. Conceived as a European alternative to the all-conquering Mustang, it was available in a wide range of engine sizes from a basic 1.3-litre four to a tarmac-ripping 3-litre V6.

First registered in February 1972 this Ford Capri 3000E was UK based until the car was exported to the Irish Republic in June 2009, returning back to home-turf in May 2015. Its Irish owner was an active member of the Ford Capri Mk1 Owners Club, using this car to exhibit at classic car shows and rallies.

During 2010 a major restoration project took place, bringing the Capri up to scratch and uprating the performance to create a top quality fast-road driving machine. The V6 Essex engine, which is understood to retain the original block, has been uprated with gas-flowed and ported heads, a high-lift camshaft, a replacement inlet manifold, a four-barrel Holley carburettor, tubular exhaust manifolds and a custom made exhaust system – it certainly sounds the part!

Helping to keep the readily available supply of power on the road are a pair of Capri 2.8i front suspension struts, anti-tramp bars to the rear springs and a limited slip differential fitted inside the rear axle. In addition, a ‘quick steering rack’ has sharpened up the car’s responses considerably, the front brakes having been wisely uprated with Wilwood four-pot calipers.

Rare RS alloys are fitted which the vendor understands come from an RS3100 Capri, matching the RS3100-style front and rear spoilers which complete the picture. The history file includes eight old MOTs, the oldest of which dates back to 1998, its current test expiring in August 2017.

Definitely the car of the moment, the Ford Capri came in many forms, this 3000E, with its subtle upgrades and recent restoration sitting firmly at the top-end of the spectrum.