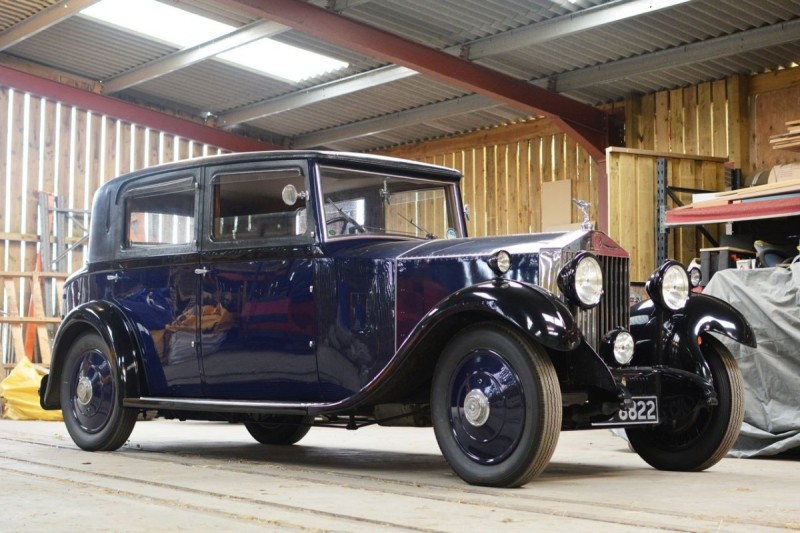 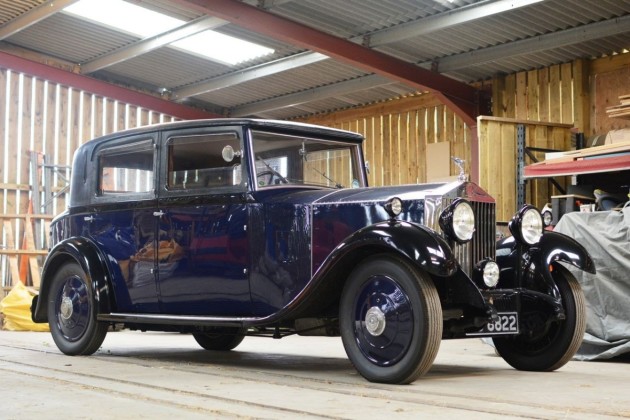 Launched in 1929, the 20/25 was the successor to the 20hp Rolls-Royce and, although based around the same leaf-sprung, drum braked chassis design, it enjoyed notably sharper acceleration, a higher top speed and better fuel economy thanks to its enlarged 3.7-litre straight-six OHV engine.

Produced concurrently with the Phantom II and built to the same exacting standards, the 20/25 benefited from many of the larger model's improvements (such as synchromesh gears, servo-assisted brakes, centralised chassis lubrication and thermostatically controlled radiator shutters), becoming the best-selling Rolls-Royce of the inter-war period, with some 3,824 leaving Crewe before the more powerful 25/30 came along.

Indeed the basic layout was to form the basis for the superb 3.5-Litre Bentley which the firm unveiled in 1933, contemporary road tests praising the exquisite precision of all the controls, the entire absence of mechanical noise and the uncanny smoothness of the ride.

Affectionately known as ‘Ariadne’, this particular 20/25 four-door four-light saloon is believed to be one of perhaps only four such cars bodied by Mulliner of Birmingham using lightweight coachwork to maximise the performance. The car comes with a large and fascinating history file including copies of the original factory build sheets (which show that the chassis was completed in January 1931) and all the subsequent ownership records.

These show that the car was first owned by a Walter Leonard Barber of Edgbaston, Birmingham, proprietor of Midland Electrical Manufacturing Co. Barber only kept the car for a couple of years before trading it in with Rootes Motors in April 1933 from whom Ms Frances Marjorie Graves acquired it in July of that year. A motoring enthusiast with several other fine cars in her stable, Ms Graves (1884 – 1961) of Corfe Castle, Dorset, was also a politician and writer who worked for the Foreign Office in WW1 and later became Conservative MP for Hackney after unseating Labour cabinet minister Herbert Morrison in 1931.

According to some fascinating correspondence on file, Ms Graves was also a Fascist sympathiser and frequently motored on the Continent in the car (usually chauffeur-driven) including attending a Mussolini rally in Italy in the late 1930s. There is a photo of Ariadne crossing the Swiss Alps in January 1939 on this very trip, after which Ms Graves wrote an account of her journey in RREC Bulletin 143 extolling the virtues of OG 8822 which covered the 1,590 mile trip from Calais to Rome in six days, often in heavy snow and at high altitude.

When war broke out later that year (and despite her Fascist sympathies), Ms Graves volunteered the car for ambulance service on the front line and it was sent to France but never actually saw service, being hastily repatriated during the Dunkirk evacuation of 1940 and still bearing a small medallion on the steering wheel that Ariadne and her owner were awarded in honour of at least being willing to serve.

Ms Graves kept Ariadne until her death in 1961 at which point it was acquired by another local lady, Dorothy Trott of Poole. She kept the car until 1967 when it came into the hands of Rolls-Royce, Bentley and Aston Martin distributors, WH Benham Ltd of Bournemouth. A few months later they sold the car to George Birrell of Kenton in Middlesex for £1,050 although only £150 actually changed hands as they allowed him £900 in part-exchange for his one-year-old Rover 2000 saloon (invoice on file).

A leading light and past Chairman of the Rolls-Royce Enthusiast Club, Birrell was to keep Ariadne for the next 24 years during which time it was extensively restored, including a full engine rebuild by noted marque expert John Fasal of Somerton Motors, Hampstead, in 1976 at a cost of £955.40 (detailed invoice on file). It then had one other engineer owner who was to keep the car for 19 years before selling it to the vendor in 2010.

At this point Ariadne’s interior was looking a little tired so the vendor had her fully retrimmed and also had the woodwork restored with the spectacular results you see today. The paintwork was also smartened up here and there and the mechanicals were given a thorough going over by RR&B of Bromsgrove. An overdrive unit was also fitted to the gearbox for more relaxed cruising which works very well although the vendor advises that it does now require some adjustment as it occasionally slips out of operation.

In fine condition throughout, this lovely old Rolls is a credit to all its former keepers and is only reluctantly being sold to free up space and resources for the vendor’s real passion, the restoration of old locomotives. With a well-documented and fascinating history from new, and maintained by some of the best names in the business, Ariadne now only needs a caring new owner who can add their own chapter to her eventful life to date.