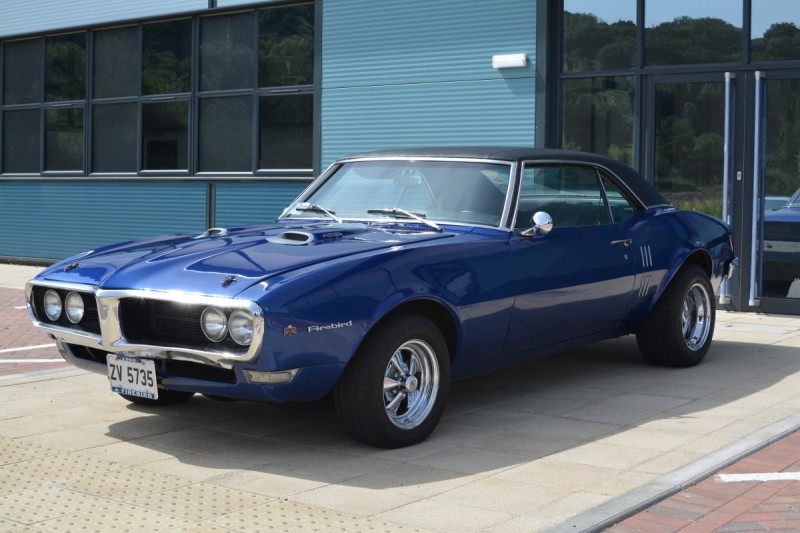 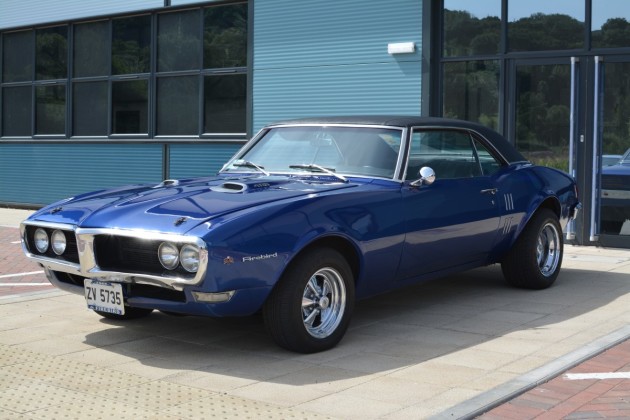 By the early part of the 20th Century, most significant American motor manufacturers had become absorbed by the ‘big three’ - Ford, GM or Chrysler. Within each group, there has remained a healthy inter-brand rivalry, each marque trying to out-do their immediate cousins.

From the early ‘60s onwards, Pontiac fancied a slice of the performance car market, their strict parents pulling in the reins so they didn’t end up competing head-on with the likes of the Chevrolet Corvette. They did however sanction a ‘Pony car' equivalent to Ford’s modestly proportioned Mustang in the shape of the Firebird - a gorgeous ‘coke-bottle-shaped’ late 1960s pin-up that sold like hot cakes, taking full advantage of the halo effect from the full sized GTO.

Replaced by the Generation 2 Firebird in 1970 (you may remember James Garner driving his in ‘The Rockford Files’ or Burt Reynolds causing mayhem in his Firebird Trans Am in ‘Smokey and the Bandit’) the third generation arrived in 1982, making its film debut as KITT (the intelligent talking car) in the hit TV show ‘Knightrider’. Never quite managing to recapture the excitement of the first generation models, they became rather emasculated as time went by, their anti-smog engines losing their bite and the car being softened in a bid to broaden its appeal.

In 1968 when this example left the Lordstown, Ohio factory, the customer had a fantastic range of engines to choose from. The basic version came with a tough 4.1-litre 250ci six, but for those wanting more urge, two V8 options were on offer, 5.7-litre or 6.6-litre units which could be ordered in a variety of states of tune with up to 340bhp on tap from the impressively named 400 Ram Air II.

This Pontiac Firebird originally came to Europe in 1976 and is understood to have been imported by a US serviceman using the military scheme for bringing in private vehicles. As far as we know, the Firebird spent its life in the UK until being exported to Ireland in December 2001 into the care of Liam Ferncombe of Galbertstown, Eire. The chassis number confirms that it was originally built with the six-cylinder engine, Liam embarking on a schedule of restoration and performance improvements that centred around the installation of a thunderous 7,457cc 455ci HO V8 sourced through Butler Performance in Lawrenceburg, Tennessee.

The basic unit was assembled on a Keith Black 455ci block with forged dished pistons and a Pontiac Eagle cast crank, all balanced before dispatch to the customer. It was carefully installed with a purpose-built aluminium radiator and new ancillaries. With that kind of engine upgrade, other areas of the Firebird needed careful attention and included the installation of a B7M shifter kit, new shock absorbers coupled to a suspension and steering refresh.

Cosmetically the body was treated to ‘400’ badges and a new vinyl roof while on the inside a new carpet set and a headliner kit were installed. No serious street racer could be seen without a set of killer wheels and a set of Cragar SS ‘Big ‘n’ Littles’ were fitted - 15” x 10” on the rear and 14” x 7” on the front, achieving the desired aggressive stance.

Reputedly fitted with a limited slip differential, the Firebird certainly flew during the catalogue photography session, the snapper’s AMG Mercedes struggling to keep up! A ‘line lock’ for serious burn outs has been fitted but has not been tried out by the vendor!

Acquired by the vendor from Ireland early this year to join her collection of exotics, this beast of a car is UK registered XMA 284F and MOTd until November 2017 and is only being offered for sale due to a change in plans for the collection.