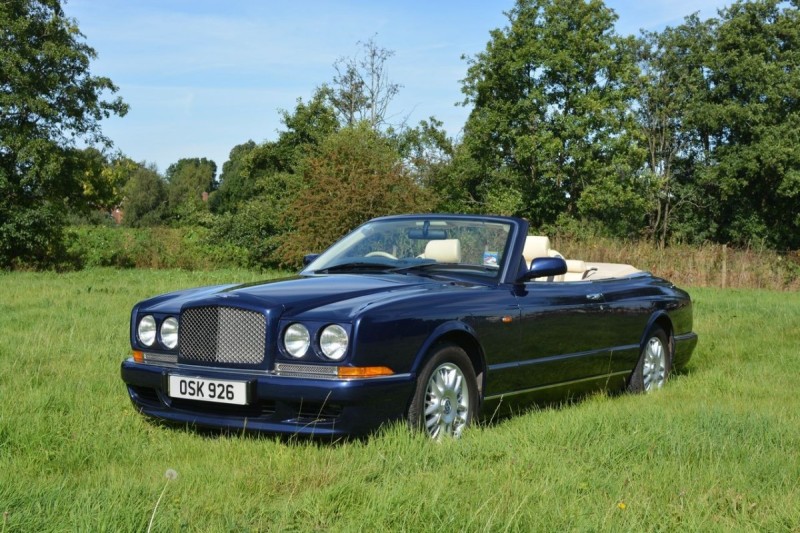 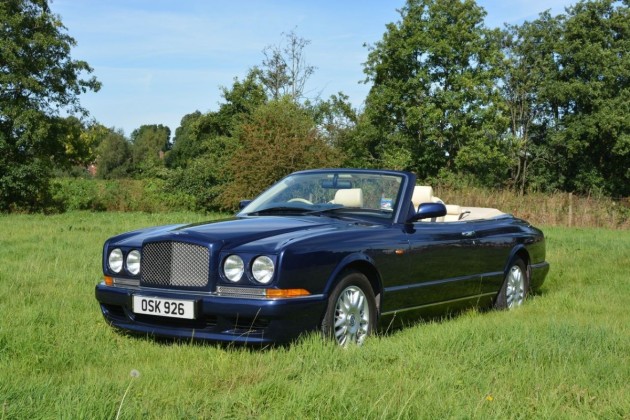 For sheer, wanton glamour it is hard to imagine a car more opulently luxurious than the Bentley Azure. Like an ocean liner for the road, it has a monumental presence that commands instant respect from other road users who cannot fail to be impressed by its otherworldly grace, space and pace.

Climb aboard and you are immediately cocooned in one of the finest interiors known to man. Turn the key and you quickly realize that you have supercar levels of performance just a twitch of the foot away. Capable of cruising effortlessly at speeds of up to 150mph with barely a ripple on a glass of champagne, this is intercontinental cruising at its most decadent and delightful.

Launched in 1995 on the platform of the Continental R, the Azure was the most expensive and powerful car in the Bentley range. Nothing so vulgar as performance figures were ever released, but it was reliably rumoured that the car’s turbocharged 6.75-litre V8 produced 400bhp and a colossal 645lb/ft of torque. The Azure’s weighty electric hood was designed and manufactured by Pininfarina - with one press of a button it would balletically pack itself invisibly away in just a few seconds.

First registered in 1999, this masterpiece of British engineering was first used by the Chairman of one of the largest dealer groups in the region. Initially registered to the business, it was subsequently transferred into his name and by the time it entered into the hands of its current (third) registered keeper in 2009, it had covered less than 25,000 miles, a figure which has increased to just under 28,000 miles to date.

As one would expect, the handbook and service book show that it was comprehensively serviced when run by the dealer group and the car has been continuously MOTd since, its current test expiring in September 2017. In superb condition throughout, it will offer its new owner a life-enhancing experience that no list of figures relating to torque, horsepower and top speed could ever convey. Go on, you only live once.