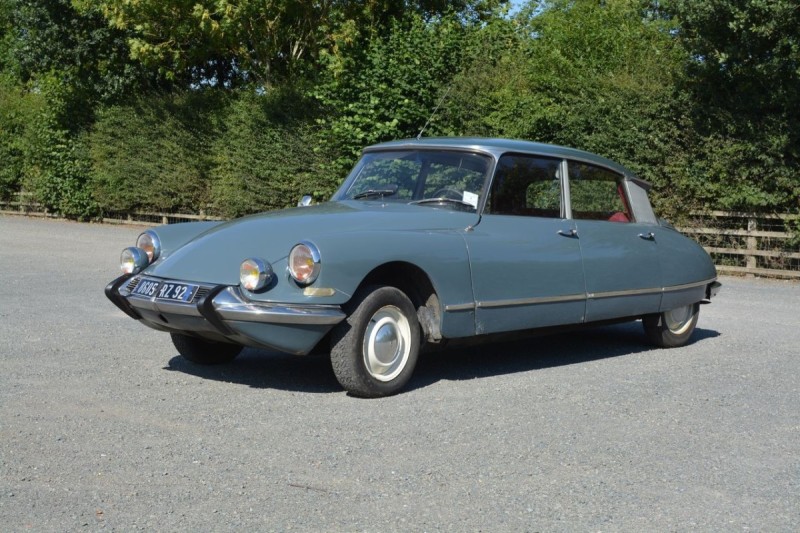 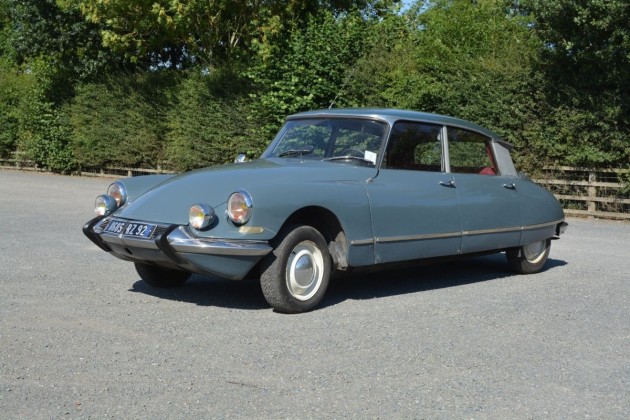 The hydro-pneumatic self-levelling suspension had first been tried on the top-of-the-range Traction Avant. It used clever nitrogen filled spheres and hydraulic oil (rather than water as its name might suggest) and through a system of valves and pumps kept the car at a constant height, giving fully independent suspension and effective damping all at the same time. As if this wasn’t clever enough, the hydraulic pressure was used to power all sorts of things, from the brakes to the steering - even assisting with the gearchange on some models.

But what really catapulted the DS onto the front page of every newspaper were the futuristic good looks. Designed by a sculptor and an aeronautical engineer, the slippery shape looked (and still looks) totally ‘Dan Dare’ compared to literally everything else on the market. As late as 2009 it was voted 'most beautiful car of all time' by a panel of 20 world famous car designers including Giorgetto Giugiaro, Paul Bracq, Ian Callum and Leonardo Fioravanti.

The power units were carried over from the Traction Avant and so were not quite as ‘state of the art’, but the whole driving experience was so fantastic that it was an instant hit. On day one of its debut, more than 12,000 orders were taken, confirming that the bravery of the management to introduce such a technological ‘tour de force’ was fully justified.

From 1957 a cheaper version of the DS was launched called the ID19 which shared the body and many of the features of the DS but with less luxurious trim levels and a more basic mechanical specification. The 1,911cc engine produced 69bhp compared to 75bhp in the DS19 (although later Weber carb-equipped IDs had 83bhp), while the transmission and clutch were conventional rather than hydraulic and there was no power steering. These economies meant that the ID cost about 25% less than its better specified sibling and the car sold well until it was discontinued in 1969.

This 1966 ID19 was acquired for the Stondon Collection only fairly recently and we are told that it was in almost daily use up to the point they acquired it. The vendor states that the car runs and drives and is in basically sound condition with original floor pans and very few signs of corrosion, although the paintwork is scratched on the flanks. The red cloth interior appears to be original and is in generally good order.

A left-hand drive car that is still on French plates, it comes with a NOVA reference to enable it to get a UK V5C with the relevant DVLA form and payment of the £25 fee, but it will also require an MOT first, the vendor hoping to have this in place in time for the sale. The last MOT expired in 2013 and there are two other old MOTs dating from 2002-03 and 2003-04.