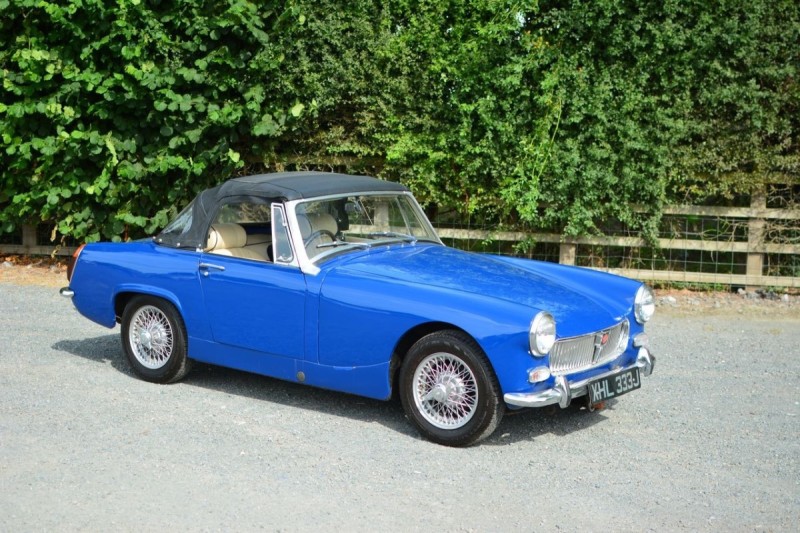 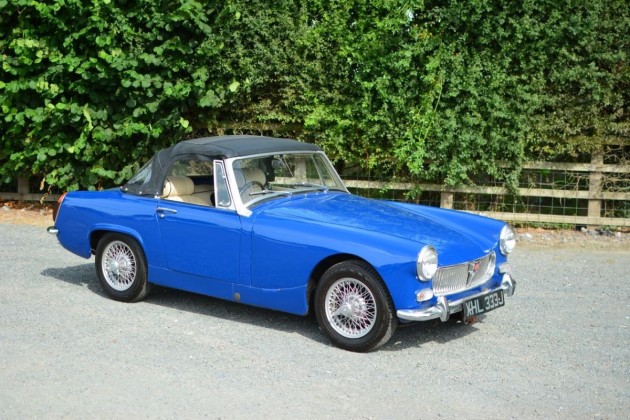 The first cars had rudimentary sliding side screens and were quite primitive. As time went on, improvements such as winding windows, semi elliptic rear springs and engine capacity increases from 948cc, through 1,098cc to the 1,275cc A-Series engine from the Mini Cooper S were introduced.

By the time the MkIII was launched in 1966 with a proper folding hood, the car had evolved significantly. This lasted until 1974 when major revisions were undertaken including rubber bumpers and the 1500cc engine from the Spitfire – things were never quite the same after that. As soon as the car was introduced, its sporting potential was clear, the lightweight machine offering a competitive package in virtually every form of motorsport.

This fine 1971 MkIII has clearly been the subject of a thorough restoration in recent times, but unfortunately does not have any paperwork to substantiate this. The car does come with three old MOTS, a copy MOT, a V5C and two old registration documents.

Coming from a small private collection, this chrome bumper Midget presents well in its Royal Blue paintwork with contrasting cream leather interior piped in blue, chrome wire wheels and shining brightwork, complemented by a new carpet set and attractive black mohair hood. It is hoped the car will have a new MOT in time for the sale.

Amendment: MoT not obtained before auction and amended estimate