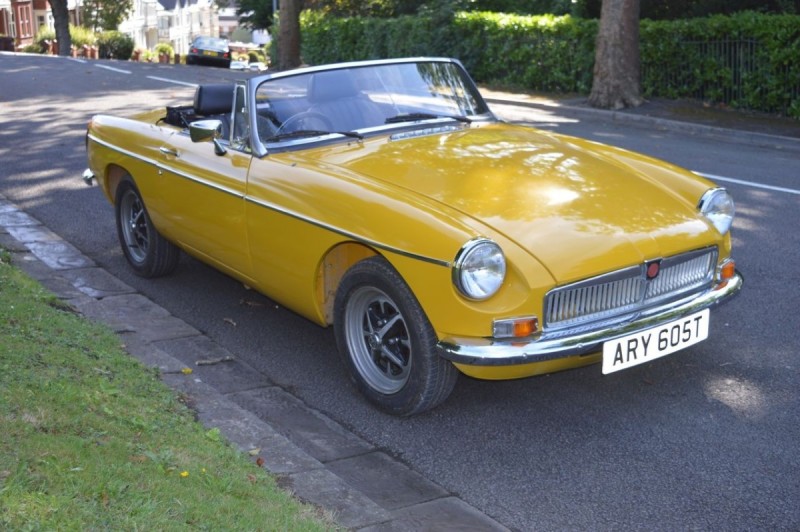 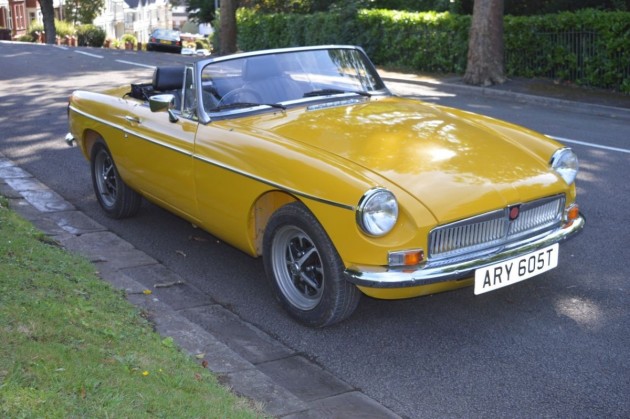 Although its engine might essentially have been that of the ‘A’, MG’s more rugged looking ‘B’ of 1962 introduced an all-new body design in line with modern monocoque construction techniques.

First produced in roadster form, a coupe followed in 1965. The convertible was a strong seller right from the start, offering sporting looks, decent handling and respectable performance from its 95bhp, 110lb/ft four-cylinder engine. In ’65, the model gained a stronger five main bearing engine (up from three) and, in ’67, synchromesh on all four gears when ratios were also improved.

Probably the easiest classic car to own thanks to the abundant supply of new parts and the model’s inherent reliability, they also offer a fair turn of speed and a fast cruising gait thanks to the overdrive unit as fitted to this Roadster in the sale today. Purchased from a deceased estate in 2014 as a project for completion, a great deal of hard work had already been done to the bodyshell over the preceding 13 years.

It had last been taxed in 1990 - clearly not a particularly old car when taken off the road, the current owner being told that the engine is a replacement unit which may possibly account for its relatively early hibernation. With much of the basic work already completed on the shell, the vendor finished the job, adding two brand new Heritage doors and a pair of new front wings as detailed in the comprehensive list of bills and invoices on file.

As clean underneath as it is on top, every item has either been reconditioned or replaced, the vendor hardly daring to add up the amount he has spent on it during the rebuild, although he says that he enjoys the restoration process as much as driving these days. A chrome bumper conversion has given it the appearance of an earlier model and the car flew though its MOT which expires in February 2017 and shows no advisories, attracting lots of admiring comments from the garage staff. With barely 50 miles under its wheels since its test, it is only being offered for sale because the vendor has a problem with his knee which sadly means that for him, low-slung sports cars are a thing of the past.