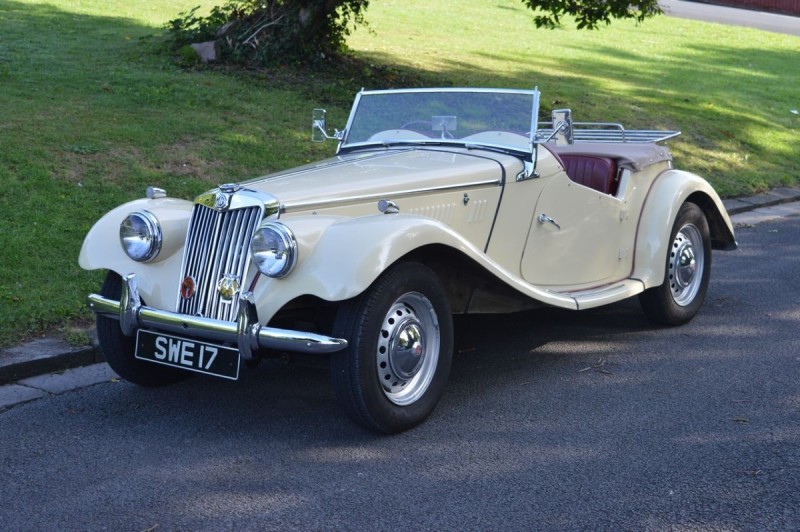 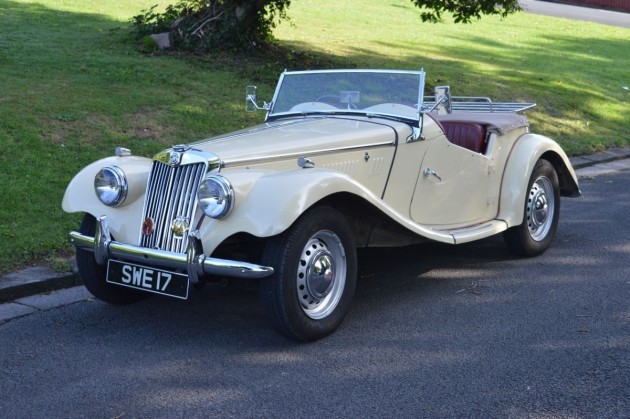 Last of the MG T-Series line and arguably the best, the TF was introduced in October 1953. Although mechanically very similar to its TD predecessor, the provision of a shorter radiator, revised wing line and faired-in headlamps lent it an altogether sportier air.

Equipped with rack-and-pinion-steering, independent coil-and-wishbone front suspension and four-wheel drum brakes, the new model helped maintain the marque's 'Safety Fast' reputation. Initially powered by a twin-carburettor 57bhp 1,250cc XPAG four-cylinder engine, the TF was offered with a 63bhp 1,466cc XPEG motor from November 1954 onwards. Production ended early in April 1955 after 9,600 TFs had been manufactured, the vast majority of them being sold into the American market.

This Sheffield-registered TF is therefore something of a rarity, leaving the factory in January 1954. Its Heritage Certificate confirms that it was one of the few UK-supplied RHD models and left the works painted white. It was given a restoration of sorts between 1991 and 1996 before being purchased by a Dr Holmes in 2001. He decided to do the job properly, spending a fortune turning the rather sad, by now red TF, into the pristine example you see today.

The car was completely stripped, pictures on file showing the rebuild which included a new body tub and beautifully trimmed red leather interior, the car being expertly painted its original shade of white. The mileage at the time of this second restoration was recorded as 78,000 miles, the total having now climbed to an indicated 86,000 miles.

Acquired by the vendor in 2014 after Dr Holmes passed away, this lovely TF remains in excellent condition and is complete with a full package of weather equipment. The vendor has loved driving it, although a problem with his knee means that he can sadly no longer enjoy it is he had hoped. The comprehensive document file includes a large number of bills, this UK-supplied TF having wanted for nothing since its restoration was completed. It is undoubtedly one of the nicest we have had the pleasure to offer.