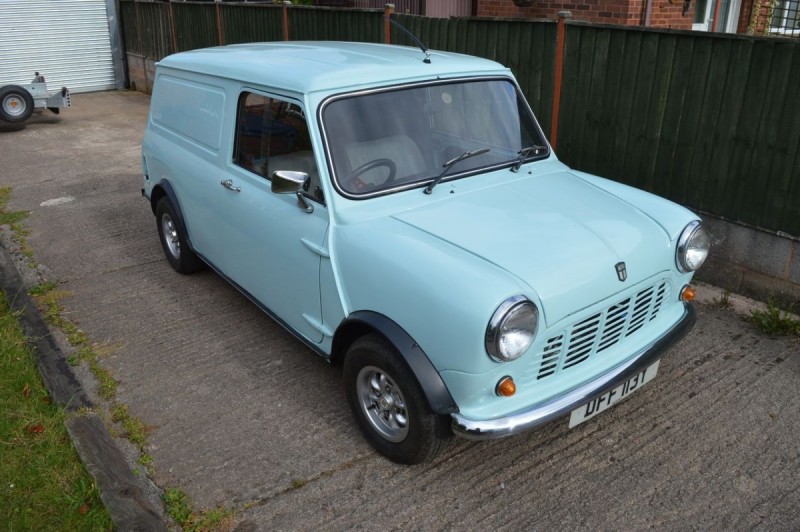 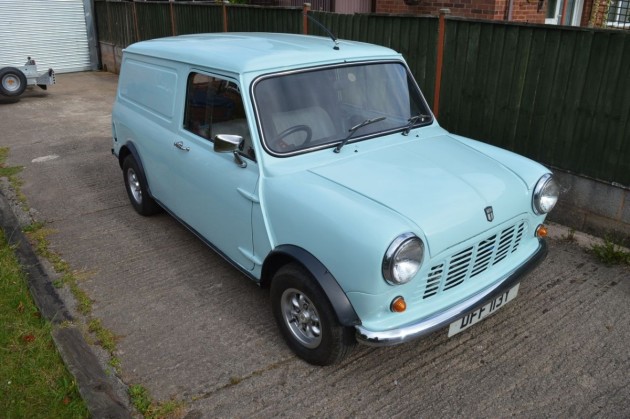 The idea for a new small Austin came about with the onset of the Suez fuel crisis in late 1956. Len Lord, Austin’s Chairman, had a vehement dislike of the crop of micro-cars which were filling the streets and demanded that the company emulate the pre-war success of the Austin Seven.

Issigonis was given the task and the rest is history, his masterpiece ranking alongside the Beetle as one of the great motoring icons of all time. By 1960, BMC had introduced a van version of the Mini Traveller estate car. Distinguished externally by its lack of rear side windows, wood frame and simple pressed steel grille, it had a modest payload but offered nippy, cheap and reliable deliveries for untold numbers of businesses.

Furthermore it could be fitted with the rear seats from the Traveller, so the driver could reassure himself that he had saved a large wad of cash by not paying Purchase Tax (being a commercial vehicle) although this was rather at the expense of his rear passengers who were likely to develop tunnel vision! This handy tax dodge helped to ensure that over 520,000 of these miniature vans were sold. In 1978 it was re-named the Mini 95, a reference to the .95 ton gross vehicle weight, the model carrying on until 1983 when production finally came to an end.

This very late-model 95 was acquired by the vendor in part payment for a fully restored Mini Cooper. In generally tidy condition, it has been repainted blue and a more luxurious interior fitted, including upgraded seats and a full-width wooden dashboard. Modest wheel arch extensions give it a more sporting look, otherwise the vehicle remains to standard specification. Its MOT history suggests that it has covered few miles over the last five years, flying through its latest test in June of this year showing no advisories.

Just as entertaining to drive as a normal Mini saloon but with a whole host of practical applications, this smart little van would make the perfect promotional vehicle, could be pressed back into service for local delivery work or simply be enjoyed as the classic that it undoubtedly is.