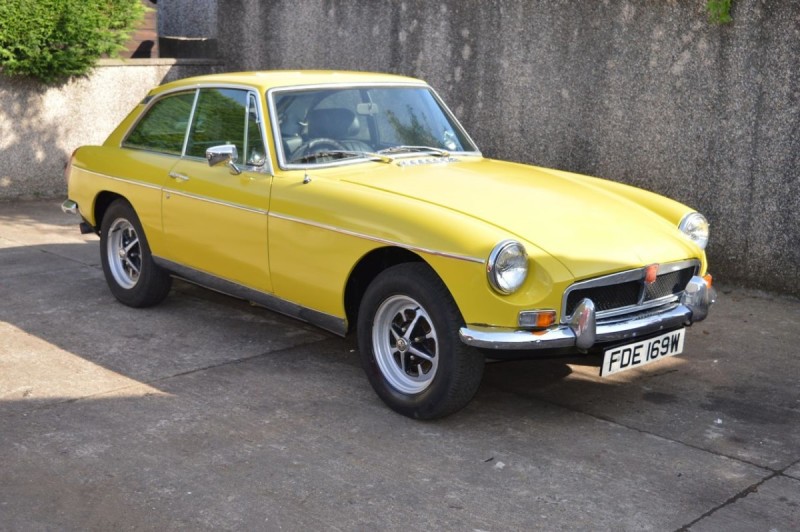 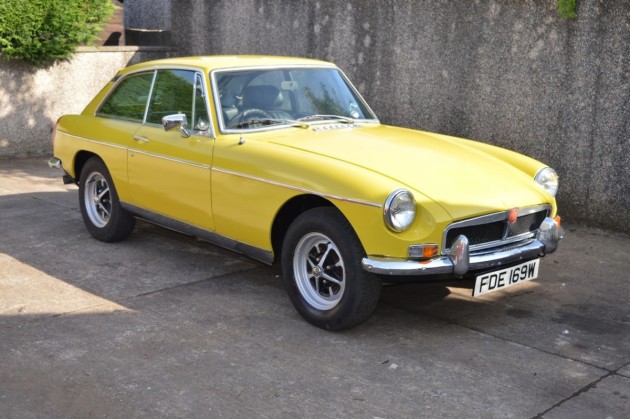 The MGB range was an enormous success and its popularity as an affordable fun car has not diminished. The 95bhp B series engine with twin 1 ½ “ SUs gave it a 105mph top speed and the MGB was to become the world’s best-selling sports car until the arrival of the Mazda MX5.

In 1974, the company reacted to the new US bumper regulations by introducing larger, rubber bumpers and raising the car an inch or so to meet the new lighting regulations. This US spec became standard across all markets, continuing onto the final production run in 1980. Their reliability, performance and excellent handling mean that there is no reason why they cannot be used every day.

First registered in May 1981, this very late model GT was acquired by the vendor through a friend to use as a car for spares. On viewing for the first time, it immediately became apparent that it was far too good for that. A quick decoke, some new seat covers, fresh carpets and a chrome bumper conversion has turned it into a perfectly presentable example. It is also one of few GTs not to have been fitted with a sunroof, which many people prefer.

The vendor intends to offer the car with a fresh MOT, although potential bidders are advised that it hasn’t been used for some years and further recommissioning may be required. The more ‘eagle-eyed’ amongst you will have already spotted that the front and rear number plates have some of their digits reversed, the correct number FDE 169W being displayed up front!

AMENDMENT; This car has just passed its MOT which expires in September 2017.