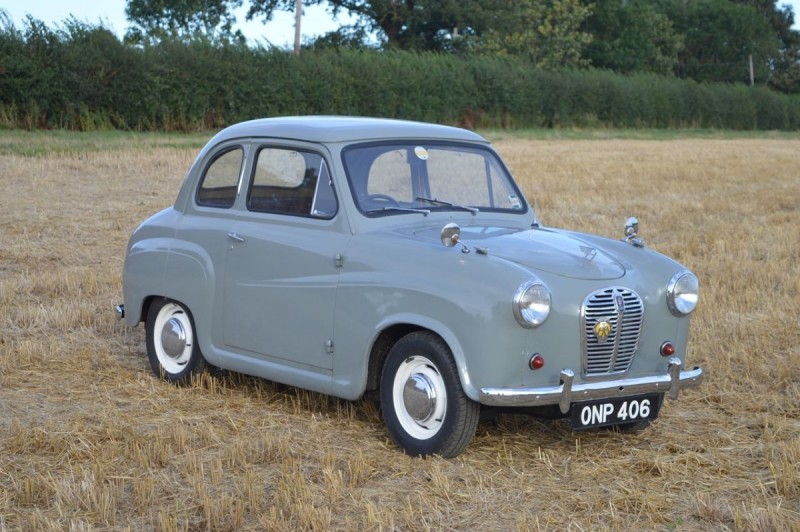 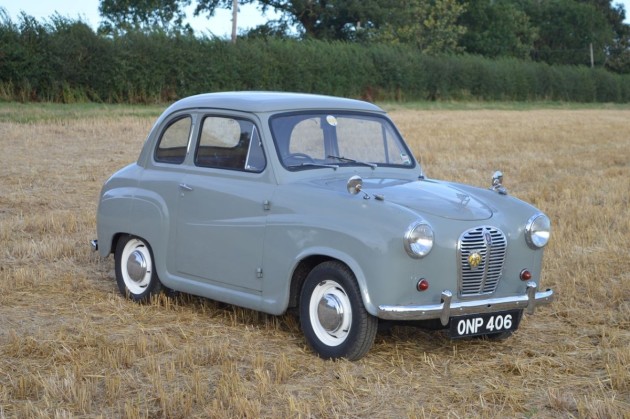 Best of all, it was the first car to use the everlasting A-Series overhead-valve 803cc engine which produced some 28bhp, sufficient for a top speed of 70mph and 42mpg economy. The braking was a hybrid system, with fully hydraulic drum brakes up front and rod operated drums at the rear. Suspension was by way of independent coil springs at the front end and beam axle/semi-elliptic leaf springs at the back.

Initially only available as a four-door saloon, a two-door version was launched in 1953 and estate and van options became available the following year. The two-door cost £475 at launch, some £30 less than the four-door. The A30 remained in production until late 1956 when it was replaced by the A35, an almost identical model with the exception of a slightly larger 948cc engine producing 34bhp, a painted grille and a larger rear window.

This very smart 1955 A30 two-door was first registered in Worcestershire in April of that year. It has had six previous keepers, its current owner acquiring the car in 2008. He has kept the car in good running order, including a complete brake overhaul including new wheel cylinders and master cylinder. He has fitted a new petrol tank, reconditioned radiator, track-rod ends and rear spring bushes. It retains a particularly lovely and original interior and buzzed along very happily at 50mph+ on the way to take the catalogue photographs.

These usable classics have grown in popularity in the last few years, in part thanks to their giant-slaying performances at Goodwood and elsewhere. This smart little A30 would also be eligible for the new A30/35 Academy race series organised by Julius Thurgood, or simply make the ideal British-built picnic car, being easy to keep and maintain and fun to drive.