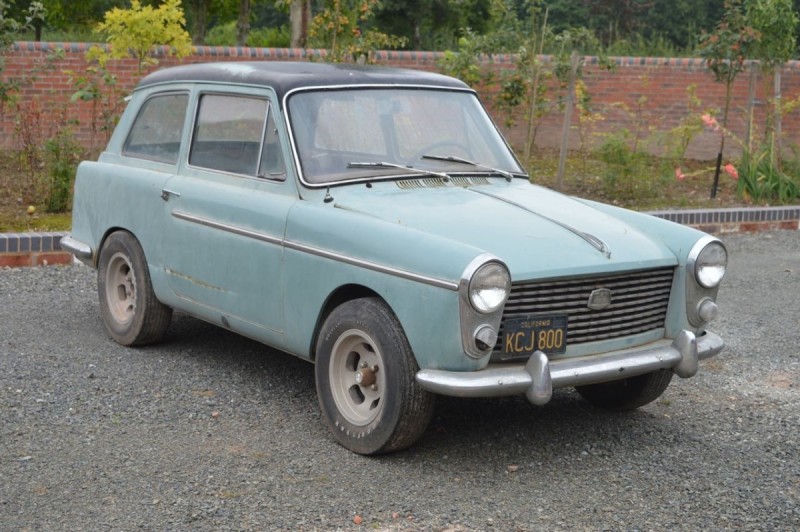 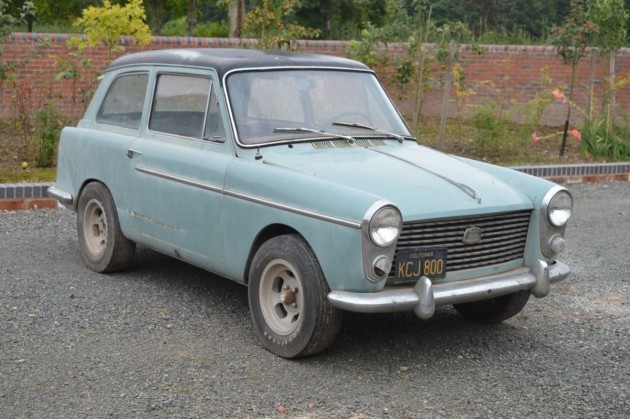 Launched by BMC in 1958 to replace the Austin A35, the A40 Farina was a strikingly modern car with clean, functional lines penned by Pininfarina of Italy.

It was initially powered by the A-Series 948cc 34bhp engine but this was replaced by a 1098cc 48bhp unit for the MkII version in 1961. The MkII also had a longer wheelbase, new front grill and dashboard and fully hydraulic brakes. Robust, stylish and practical, with a top speed approaching 90mph, it was a great export success for BMC, even in the USA where it was quaintly marketed as 'The Gayest Economy Sedan Ever'.

According to the Heritage Certificate, this solid LHD MkI project was originally one such American export, heading to Los Angeles in May 1959. Ordered with a heater, laminated windscreen and appropriate white-wall tyres, it was built to DeLuxe spec and painted horizon blue with a black roof. Nothing is known of its time in the US, the car arriving back in the UK in 1994 according to the import paperwork which accompanies the vehicle, confirming that all duties have been paid.

Purchased by the vendor shortly after as a restoration project, no progress has been made although he has been able to acquire a set of spare seats. Sitting on a good set of period Carroll Shelby wheels, the little A40 looks quite purposeful, although we would not like to comment on the effect such big tyres had on its ride and handling!

Bidders are advised that this vehicle is not UK registered and we would like to bring their attention to the next lot in the sale, a donor A40 MkII which includes the necessary items to convert this car to RHD. It is offered at no reserve so the highest bid takes it home.