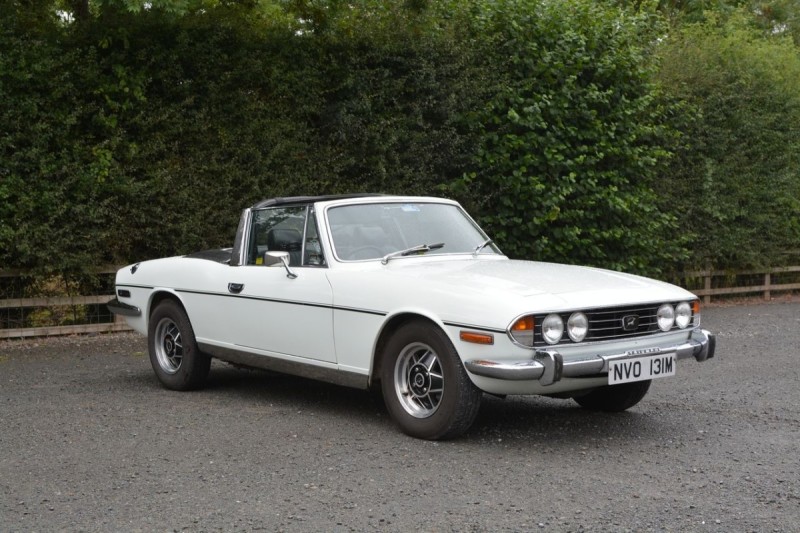 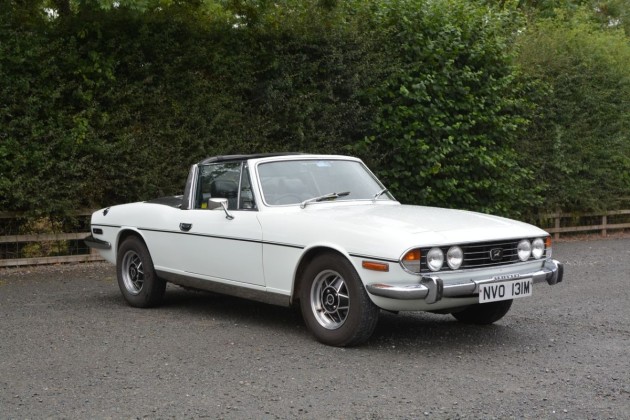 The Stag came into existence only because of the close relationship between Harry Webster, Triumph’ s Director of Engineering and Giovanni Michelotti, the head of the Italian styling house responsible for Triumph's designs in the '60s and '70s.

Michelotti asked if they could undertake a styling exercise on their own initiative and soon got to work producing a mock-up which they codenamed ‘Stag’. When presented to the bosses at Triumph, the response was immediate and the project to build the car got the go-ahead straight away, its secret sobriquet also getting the thumbs-up as the final name for the new model.

Produced between 1970 and 1978, the Stag was conceived as a gentleman's sports tourer to compete head-on with rivals such as the Mercedes SL. Powered by an all-new 3-litre V8, its 145bhp was sufficient to push the car to 115mph. Some 25,900 were produced, with an impressive 9,000 still in existence according to the Stag Club.

This well-loved 1974 Automatic was delivered new to a Mr Billiam through his local Triumph Dealer, F Mitchell Ltd of Nottingham. The original Passport to Service shows regular maintenance, with 13 services undertaken by 1978, by which time it had covered 42,800 miles. The car passed through a number of hands, its new owner of 1987 treating it to a complete body, engine and gearbox overhaul at 78,150 miles.

He kept the car until the vendor took it over in 1994. In lovely restored condition, the car was used and enjoyed to good effect but by 2003 the paintwork was starting to show its age so the vendor commissioned a full professional respray in Glacier White at a cost of £7,000, thus returning the car to its former glory.

Serviced each year without fail and kept in a dry garage these last 22 years, it has been driven over 60 miles to the sale. Electronic ignition, upgraded Cibie lights and a Thatcham immobiliser have been fitted, with all work and parts used supported by a large file of invoices which date back to the late ‘70s. There are no fewer than 32 old MOTs on file and even tax discs back to 1987. The current MOT is valid until March 2017 and shows no advisories, which is no surprise given the car’s careful ownership since it was first restored nearly 30 years ago.

A hard-top is included in the sale, although this is not on site and will need to be collected from the Solihull area within two weeks of sale day. The buyer will need an extra pair of hands, as the vendor will not be able to assist with loading.

Stags seem to be more popular than ever, their values having risen over the last year or so, making this well-cared for example with its comprehensive history look excellent value at the guide price suggested.