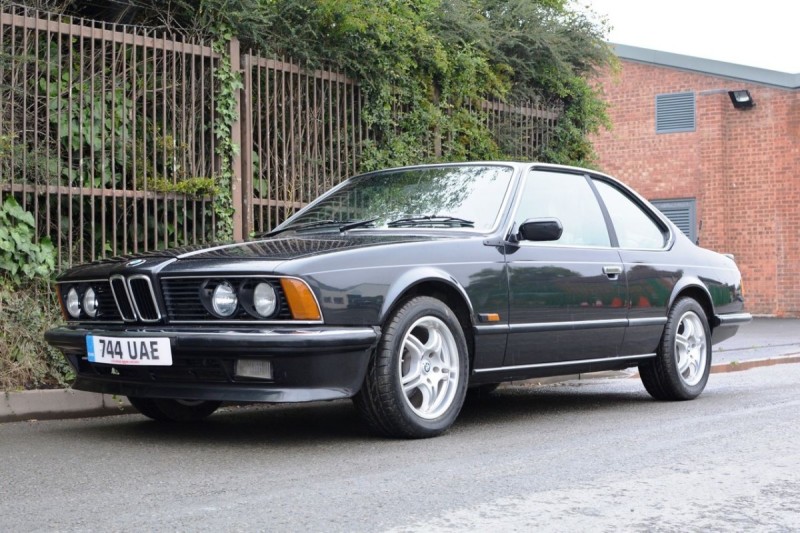 BMW added a new coupe model to its range in 1976, the 6-Series E24. Long, low and rakish with distinctive ‘shark nose’ frontal styling and an elegant thin-pillared cabin, it was a natural rival to the Porsche 928 and the Jaguar XJS.

The chassis platform was shared with the outstanding E12 5-Series, widely considered to be the best handling saloon in the world at the time. A range of straight-six engines were available from a 180bhp 2.8 to a fabulously smooth and potent fuel-injected 218bhp 3.5-litre which gave the car a top speed of 140mph. A post-1982 facelift saw the introduction of the even more poised E28 5-Series chassis and a revised engine which gave improved efficiency.

All were beautifully built in the finest BMW tradition with superb performance and handling characteristics and luxuriously trimmed interiors. One of the most desirable cars of the 80s, the 635CSi remained in production until 1989 but its high price tag meant that only 86,216 were sold in total (the vast majority in left-hand drive), and it is interesting to note that the DVLA records fewer than 500 examples still road registered in the UK today.

First registered in July 1986, this particular 635CSi is showing only 69,388 miles on the clock which the vendor believes to be genuine but there is no documentary evidence to warrant this – there is no service book with the car and nor are there any old MOTs or service invoices, just an MOT failure sheet from 1994 at which point the mileage was recorded as 64,000. However, the overall condition would certainly not rule out such a low mileage, with few signs of wear to the steering wheel, gear lever and pedal rubbers.

Although he has only recently put the car into his name, the vendor actually acquired the car about 10 years ago to join a small private collection but has barely used it throughout that time, keeping it in storage with just the odd trip round the block to keep everything free. He bought it from a gentleman who had owned it since 1998 and who had paid for it using tax-free wages earned in the United Arab Emirates – hence the UAE number plate which is included in the sale.

Finished in Schwartz Black Metallic with a cream leather interior, the car appears to be in generally good order throughout although the stereo system was missing at the time of our visit but it is hoped that it will be refitted in time for the sale (if the vendor can remember where he put it!). It has also been fitted with later imperial wheels as tyres for the original metric wheels are extremely expensive and hard to get hold of. Recently recommissioned for sale and said to drive well with an MOT until 27th October 2016, it also comes with a useful quantity of spares and a complete original tool kit.

Amendment: The original wheels are not included, contrary to what it says in the catalogue.