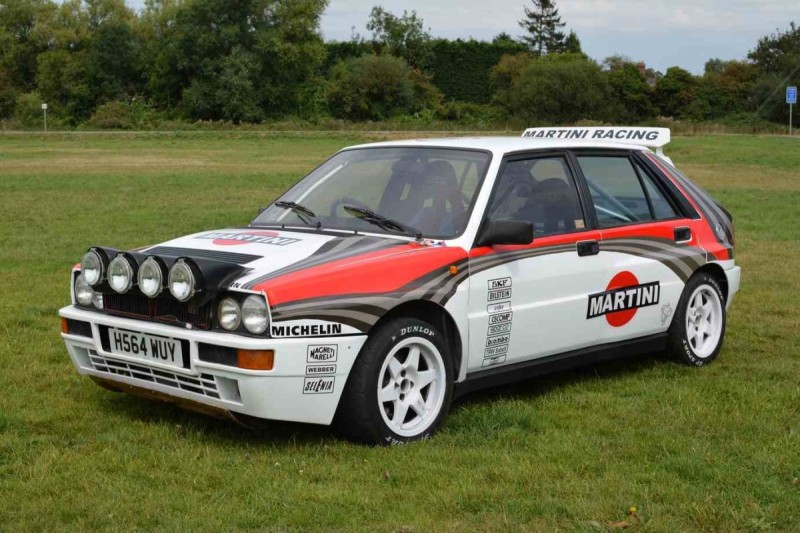 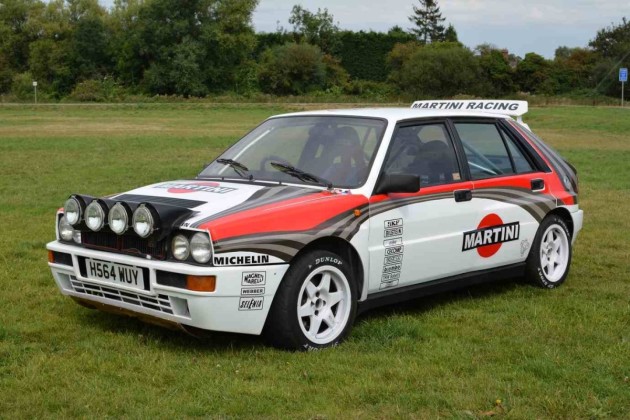 From humble beginnings in 1979, the Lancia Delta went on to become one of the most iconic rally weapons of all time. Starting out in life as a crisply styled five-door hatchback designed by Giorgetto Giugiaro, its mix of nimble handling and sharp looks won it the coveted Car of the Year in 1980.

However, it wasn't until 1986 that the Delta began to get really interesting when the HF 4WD was launched, featuring four-wheel drive and a 165bhp 1600cc turbo-charged engine. The following year, the HF was completely redesigned with rallying in mind and a legend was born: the Lancia Delta HF Integrale. Now fitted with a two-litre eight-valve turbocharged engine, it had 185bhp and the world's most sophisticated 4WD system that rocketed the car to 60mph in just 6.6 seconds, on virtually any surface, on its way to a top speed of 133mph.

A devastatingly effective rally tool, the Integrale simply murdered the opposition, scoring 46 WRC victories overall and winning the Constructor's Championship a record six times in a row from 1987 to 1992. As the rally cars were developed, so the road cars improved too, and in 1988 the 16-valve Integrale was launched, now with 200bhp and a 0-60 time of just 5.5 seconds.

First registered in the UK in November 1991, this Lancia Delta Integrale 16 valve left the Chivasso Lancia factory in 1990. Later prepared for tarmac rally stages, it has been converted to right hand drive by specialists Evo 6 and externally brought up to Evolution specification with a wide-arch body kit. The shell was seam-welded at the time and fitted with a multipoint Safety Devices roll cage and extinguisher system.

The engine was refreshed in 2015 by an experienced local race engineer, the head being professionally ported and fitted with Walker camshafts. ARP big end bolts and bearings were fitted along with a high pressure oil pump. The block was honed and new rings fitted, along with fresh timing belts and a new Clarke heavy duty clutch – rated for 400bhp. It has a choice of two ECUs, the ‘mad’ version rumoured to put out 325bhp in full blast mode!

A specially mounted intercooler has been carefully installed to aid cooling and a carbon fibre water spray tank is fitted to further chill the induction charge. Kevlar has been used to protect the vulnerable sump and fuel tank. Fuel is fed by a Bosch pump through Aeroquip hoses and the efficiently burnt mixture extracted through an impressive 3” exhaust pipe.

The suspension and been specifically set up for tarmac stages with 2 1/4" adjustable platform springs and shock absorbers and reset camber on the rear. The front brakes have been upgraded with 310mm discs, Alcon brake calipers and DS3000 pads while the Lancia standard rear discs use the same sticky pad specification. Aeroquip lines are used throughout.

The car has been rewired from front to back (except for the ECU) and fitted with new gauges. The stack rev counter includes a shift light (a blue LED), the gauges alone costing nearly £1,000 and the interior tidied up with a retrimmed dash and a Coralba rally timer.

Best of all, this stunning example has a current V5C and an MOT which expires in August 2017, offering genuine supercar performance for just hatchback money, whether its new owner chooses to use it competitively, or enjoy it as an effective and exciting road car. This super-hot Lancia Delta Integrale 16 valve has recently joined a collection of exotica based in nearby Hereford and is only offered for sale due to a recent change in plans.