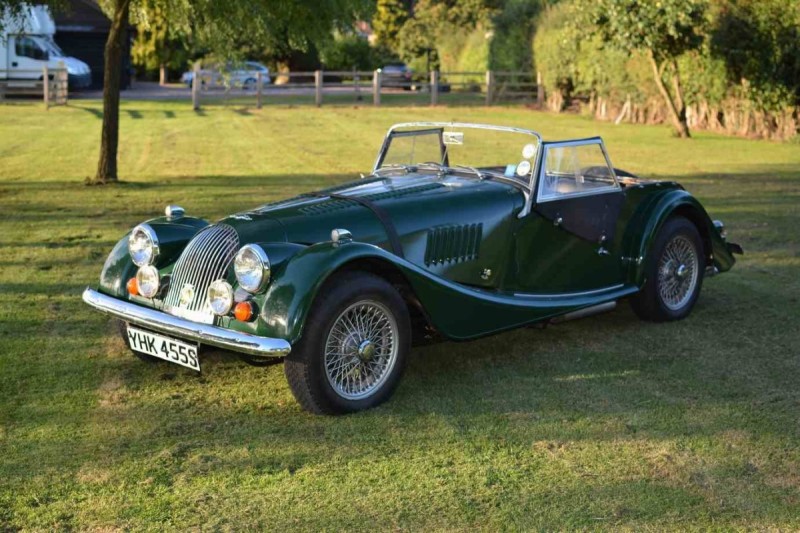 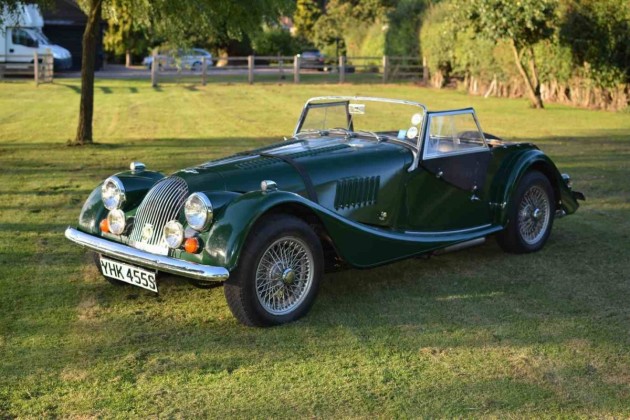 The Morgan Motor Company made its name through the introduction of the brilliant 3-wheeler. At a time before mass production techniques took over in the early 20s, the Morgan offered a cost effective, light and entertaining alternative to the motorcycle combination and many were sold as regular family transport.

By the early ‘30s the market for 3-wheelers started to wane and the introduction of a more modern looking Ford-powered F Type 3-wheeler didn’t really help matters a great deal. In 1936 HFS Morgan finally bowed to the inevitable and introduced the 4/4 (meaning 4 wheels and 4 cylinders) as a grown up sports car, available as either a 2- or 4-seater.

Based on the Z-shape chassis from the F Type, and still using the same sliding pillar front suspension design that HFS introduced on his first car in 1909, the 4/4 became the basis for a whole range of models that are still in production 80 years later, essentially unchanged.

This Kent-engined 4/4 1600 two-seater left the Pickersleigh Road factory in March 1978. Finished in attractive Deep Brunswick Green according to a letter on file, a photocopy of the build sheet shows that plenty of options were ticked, including wire wheels, Plus 8 spotlamps, reversing lights, locking petrol cap, bonnet strap, triple wipers, black leather upholstery, rust proofing and of course that wonderful option that few customers can have opted to do without – door handles!

The V5C shows three former keepers and 11 old MOTs on file dating back to 1998 add credence to the vendor’s belief that the indicated mileage of just 13,704 is correct. Although there is insufficient documentary evidence to warrant this for certain, the overall condition of the vehicle would certainly far from rule it out.

In the current ownership for the last 18 years, it has seen light summer use only throughout that time, being mainly tucked up in the garage. Said to drive as you would expect for such a low mileage example, it has an MOT until June 2017 and looks so fresh you can scarcely believe that 38 years have passed since it first left the factory gates.