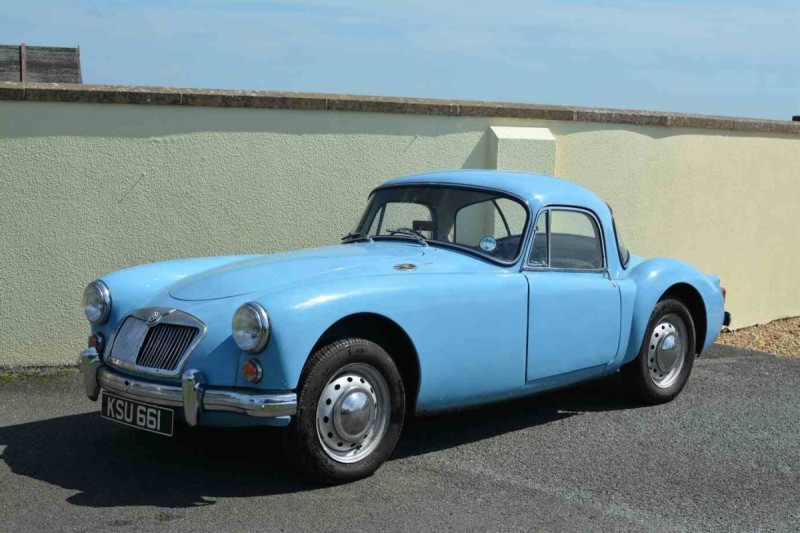 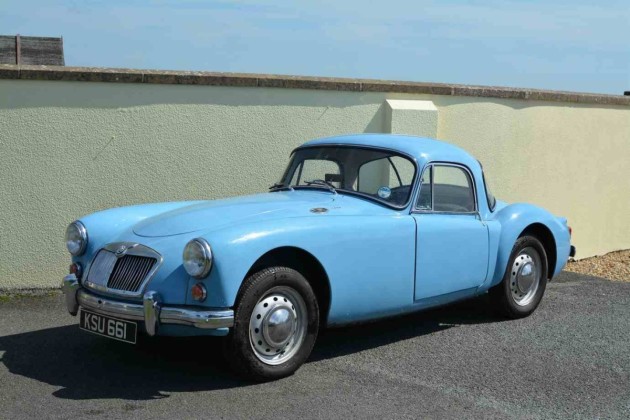 It’s not often that a closed coupe version of a sportscar actually looks as pleasing as its more glamorous open counterpart, however with the MGA Coupe this was definitely the case.

The MGA was blessed with good looks and a well-proportioned body from day one, the fixed head Coupe continuing this theme with a roof design that mimicked the Roadster's raised soft-top profile. Joining the range in 1956, the MGA Coupe was available throughout the model's lifetime in 1500, 1600, Mk II and Twin-Cam forms.

Standard features included wind-up door windows, external door handles, locks and extra brightwork. Prompted by the Twin Cam’s performance advantage, the standard pushrod model received a capacity increase to the same 1588cc, plus front disc brakes, in May 1959. Equipped with a four-speed manual gearbox and rack-and-pinion steering as standard, the resultant 1600 was reputedly capable of 100mph plus.

Attractive and practical it may have been, but the Roadster was far more popular, with some 13,000 open cars versus a mere 1,218 Coupes being produced in 1959. The minority who chose the closed model enjoyed much more civilised motoring, with a large curved glass area, generous headroom and wind-up windows making it quieter, entirely draught-free and much stiffer into the bargain.

Dating from 1959 and thus MOT-exempt under the new rules, this smart Iris Blue 1600, with its later disc brakes, was first registered in the UK in 1988, its prior history being unclear. It was sold through MG marque specialist Simon Robinson in November 1988 and has passed through a further five owners since then.

A comprehensive history file from 1989 onwards contains mainly parts and service invoices which tend to indicate that it has been carefully maintained. Its engine was rebuilt in 1993 and a new radiator fitted in 2013. No fewer than 23 old MOTs are on file, its most recent test expiring in January 2014, the car having only covered 10 miles since then.

On offer here from a deceased estate, it looks very keenly priced at the estimate suggested, the MGA being a model that is increasingly sought after these days with values rising accordingly.