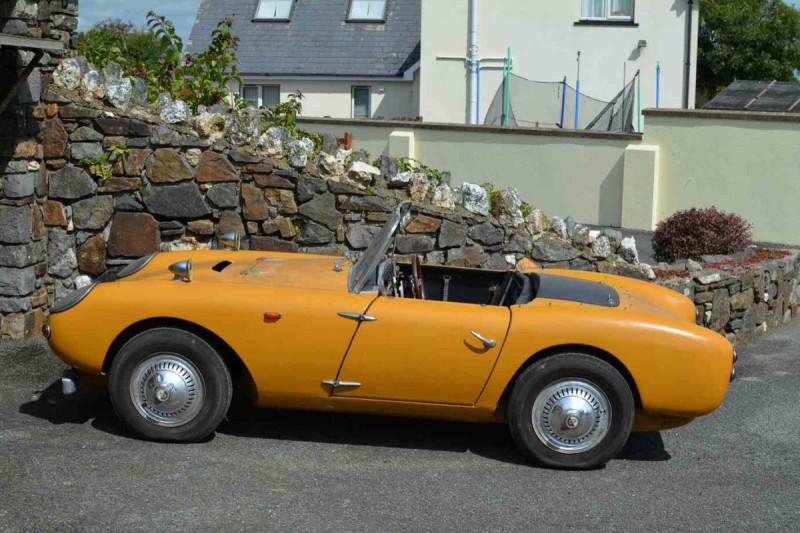 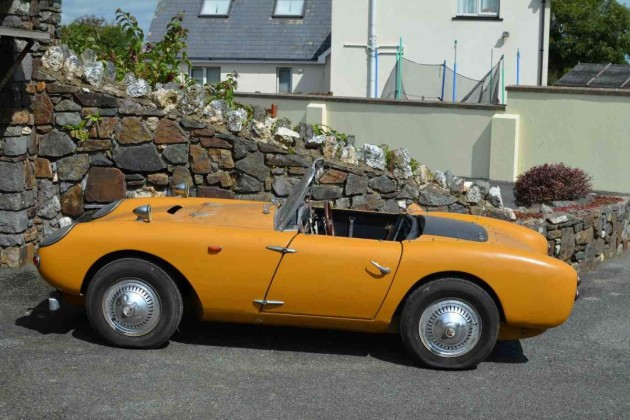 Berkeley sports cars were manufactured between 1956 and 1960 at the Berkeley Coach Works factory in Biggleswade, which at the time was one of the largest caravan manufacturers in Europe.

It was an ideal project for Berkeley who had developed considerable skills in the use of glass-reinforced plastic (GRP) and were looking for something to fill the gap in the very seasonal caravan market. Their first model was an open two-seater sports built around a fibreglass monocoque which was powered by an Anzani two-stroke twin and called the 322 to reflect the cubic capacity of the engine.

From 1957, they introduced a more powerful 18bhp 328cc model which was later to be sold with a four-speed gearbox. It’s easy to mock its rather feeble power output, but as the flyweight sports car weighed in at just 274kg, it boasted a power-to-weight ratio of 65bhp/tonne! Motor magazine tested one in 1957 and achieved a top speed of 62.1 mph and a 0 -50 time of 30.6 seconds – both perfectly respectable figures at the time.

The column shifter made way for a floor mounted stick change after chassis 476, some 1,422 328s leaving the factory. A De Luxe model was also in the price list, boasting flashy chrome wheel trims, twin carburettors and a rev counter. A surprising success in the American market where it cost a not insubstantial $1,200, it also found some success in competition, Pat Moss competing in the Liege-Brescia-Liege Rally in the class for cars under 500cc and Count Giovanni Lurani running a team of three later, larger engined 492cc models in the 750cc GT class at the 1958 Monza 12 Hour Race, one coming home in first place!

Sadly the caravan market collapsed towards the end of 1960 and Berkeley's poor cash flow forced the company into liquidation in December 1960, taking its car manufacturing activities with it. A crying shame as Berkeley were adept at rapid product development, had excellent facilities and clearly a vivid imagination.

On offer from a deceased estate, this Berkeley 328 was first registered in September 1957, an online Experian check showing that it has had just four owners from new. We are advised that it will start and run, although it hasn’t been used for some time.

Both tax and MOT exempt, it will doubtless require a degree of recommissioning before sallying forth once more, but looks an absolute hoot and comes complete with an impressive set of Maserati air horns, presumably a nod to its Italian racing heritage.