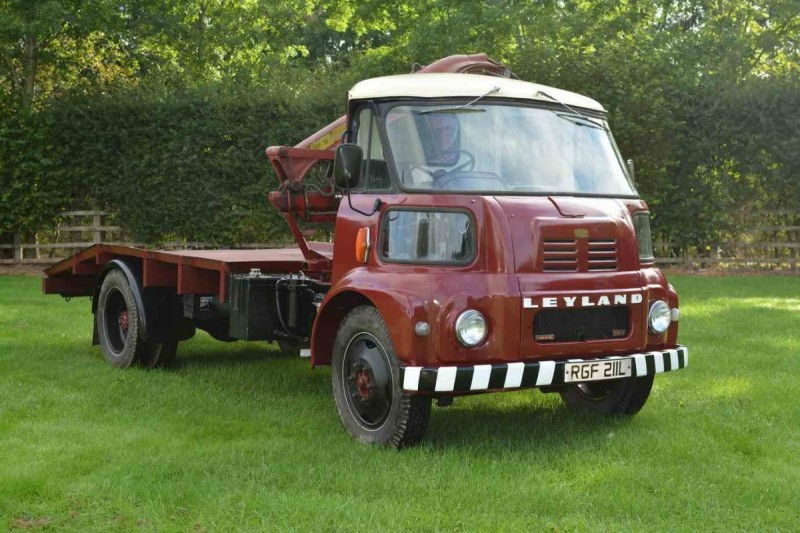 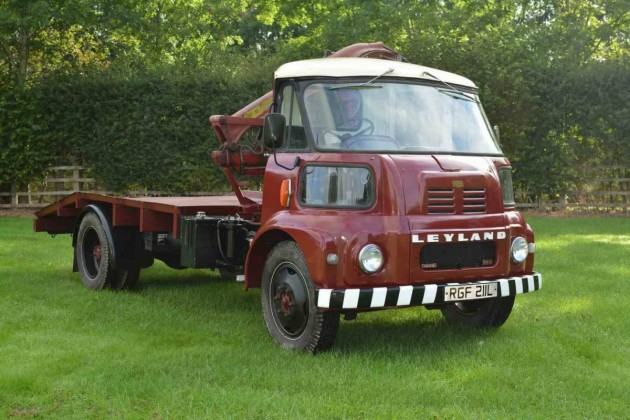 Introduced by BMC in 1960, the 1 ½ - 5 ton FG range of commercials could be supplied badged as an Austin or a Morris and replaced the forward control FE models that had endured throughout the 1950s.

Their major selling point was the new radical cab design, incorporating a number of unique features which proved useful selling aids. In order to keep the overall width to a minimum, yet provide as much space within the cab as possible, the doors were moved to the rear quarters of the truck cab and hinged from the rear. Of narrow dimensions, these doors barely protruded from footprint of the cab when open, allowing access in confined spaces. They were also favoured by operators in hot weather as they could be left open on the move, providing a cool breeze for the driver and his mate.

Another significant introduction were the curved ‘kerbside windows’, shaped glass panels that allowed the driver to view the kerb from the driver’s seat, making the vehicle easier to park and a lot safer into the bargain. Strong sellers from the word go, they continued in production into the British Leyland era, by now the range having consolidated to the 420, 550, 700 and 900 models, all sold under the Leyland banner.

First registered in February 1973, this four-ton Leyland FG 700 was purchased by the vendor to use for his vintage tractor business in 2013. It had come from long-term ownership and was in good mechanical order when acquired. The lorry cab was immediately sent for renovation, work completed by traditional panel beater and painter Rob Edwards. He carefully reapplied the original sign writing from the London Borough of Ealing and repainted the truck in what is believed to be the correct shade of Ealing Corporation burgundy.

It comes fitted with a Hiab-type crane of German manufacture that is thought to be rated at one ton and has a useful reach of 12 feet. The vehicle is registered as a recovery vehicle and therefore MOT exempt and dating as it does from 1973, doesn’t require costly road fund licence either! We are advised that its BMC diesel has plenty of power allowing 50mph cruising all day long, the list of uses to which it could be put being virtually endless.

The vendor’s business has changed direction since commissioning the restoration and this useful Leyland FG has only recently emerged from a two-year period of storage. It starts easily and motored around the Brightwells yard well, although the vendor recommends a further mechanical check over before venturing onto the road after its period of hibernation.