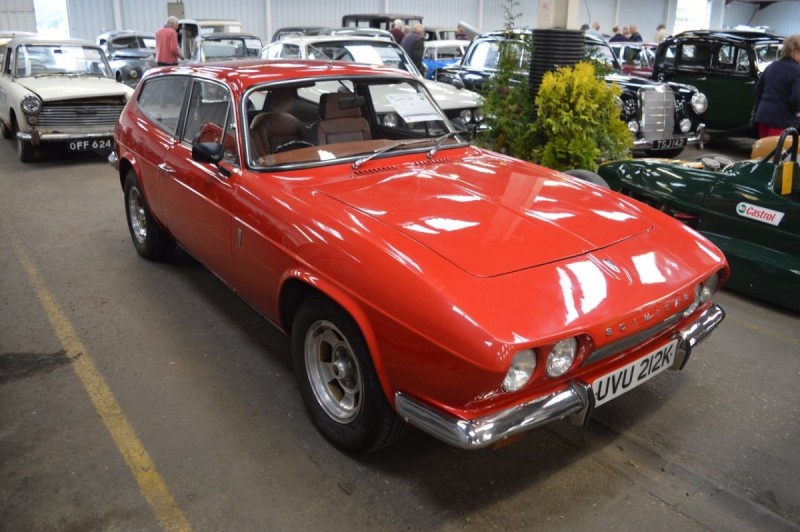 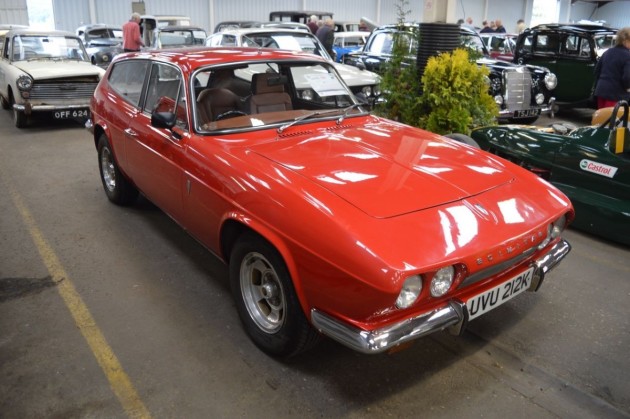 Up until the early 1960s, Reliant Cars had only been associated with the production of their famous three-wheeler.

Later on, there were a couple of four-wheelers, the Rebel and the Kitten, but these didn’t stand much of a chance against the brilliant Mini which sold for less, yet offered so much more. It therefore came as rather a shock when Reliant (quite out of character and in collaboration with a company called Autocars in Israel) launched a small high-performance two-seat sports car called the Sabre in 1961, which was built in Tamworth until 1964.

Its replacement, the handsome Reliant Scimitar GT SE4 Coupe, had a 2.6-litre straight-six Zephyr engine and remained in production until 1970, although the elegant Tom Karen-designed GTE SE5, which came out in 1968, is the car that really put Reliant on the map. It’s not often that a four-seat derivative of a sports car is regarded as aesthetically more pleasing than the original design, but this was the case with the GTE which had elegant shooting brake bodywork.

The original SE5 was replaced by the SE5A in September 1972 which had a revised interior fascia, different rear lights and a slightly more powerful engine. The new model was good for 0-60 in 8.5 seconds and a top speed of 121mph. In 1976 it was replaced by the wider and heavier SE6, the SE6A arriving in 1977 with improved brakes and suspension, the final iteration, the SE6B using Ford’s latest 2.8-litre Cologne engine. Production of all models came to an end in 1986.

The vendor, the fourth owner of this car, purchased it in 2011 much as you see it today. The previous owner had spent a small fortune restoring it, with bills totalling more than £11,500. He had removed the body from the chassis, rebushed the suspension, fitted a recondition steering box and completely overhauled the brakes. The springs were uprated and fitted with adjustable platforms and adjustable Spax shock absorbers fitted all round.

The bodywork was prepared and professionally repainted and the engine reconditioned with a fast-road cam and electronic ignition and put back in the car, this time mated to a four-speed gearbox with overdrive, replacing the auto-box that had been fitted when the car left the factory. The body was then reassembled with new rubbers and seals and retrimmed inside.

No expense was spared, a full stainless steel exhaust system including headers , a new radiator, reconditioned Wolfrace wheels with new tyres and a stainless fuel tank all being added as part of the restoration. The set of brand new stainless steel bumpers cost over £700 on their own! MOTd until December 2016 and free to tax, this splendid SE5a has been pampered since completion and certainly cuts quite a dash on the road, attracting admiring looks wherever it goes.

AMENDMENT; Bidders are advised that it has just passed a fresh MOT which expires on 13th September 2017